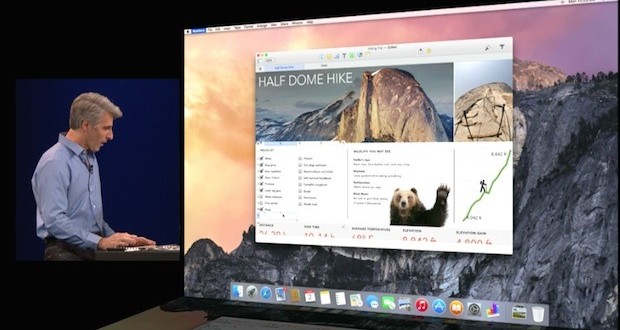 The iOS 8 is here: new features and improvements revealed

The most expected OS on the market was unwrapped today during the WWDC, unveiling new features and exciting news about its future use. Besides presenting the new add-ons, the iOS 8 was also presented as an improved and interactive operating system.  More than that, the iOS 8 will be able to closely interact with the new OS X Yosemite. For those who are not yet familiar with the new version of the OS X, this is a version of the operating system that introduces translucent window menus, redesigned dock icons, a new widget bar, an updated Spotlight search box and and iCloud Drive cloud storage integration. With few words, it makes your phone look like it’s trying to become a virtual reality set, without having to use the headset. It is extremely beautiful and it uses high-end technology.

Now, let’s get back to the controversial iOS 8. During the WWDC event, the Apple’s CEO showed how iOS 8 will be interacting with the OS X Yosemite through Handoff. The Handoff is a feature that has expanded from the AirDrop and it allows the device to share a multitude of tasks and data with OS X Yosemite. Phone calls, texts or files are not exceptions from this rule.  Now, let’s see what about the improvements on the long-expected software. The iCloud Drive allows the user to sync the app files with any other Apple device, planning to replace DropBox. Also, widgets are included in the iOS 8 in the Notification Center, where everything has become interactive. Some changes have been done to the keyboard, too and it is now abel to predict words more efficiently. More than that, third-party keyboards like Swype or SwiftKey can now be installed on the Apple devices that will be wearing the iOS 8.

One of the most intensely discussed features of the iOS 8 was the HealthKit suite. Apple, as well as Samsung, has focused a lot lately on relating technology with healthcare. The Apple’s HealthKit gathers all the data that is collected from the tracking apps on the device. Companies like Nike or Mayo clinic teamed up for this project.  Speaking of apps, the iMessage is a strong competitor of Android’s WhatsApp but it has what most Apple users have been craving for: the ability of sending audio and video messages through the app. The email app and the Spotlight have been taken care of, too. The email app lets you tag or dismiss emails with a single swipe and Spotlight lets you search for uninstalled apps, items in iTunes Store and locations.

The newest iOS will be available starting this fall. Devices like the iPhone 4S and newer, the 5th gen iPod touch and the iPad 2 and newer will be getting the update for free.  For now, only the beta and SDK versions are obtainable right now and only by developers. So this is how a fresh start looks like and from September on, we will all be able to enjoy the new iOS 8.

I’m Load The Game’s co-founder and community manager, and whenever I’m not answering questions on social media platforms, I spend my time digging up the latest news and rumors and writing them up. That’s not to say I’m all work and no fun, not at all. If my spare time allows it, I like to engage in some good old fashioned online carnage. If it’s an MMO with swords and lots of PvP, I’m most likely in it. Oh, and if you’re looking to pick a fight in Tekken or Mortal Kombat, I’ll be more than happy to assist! Connect with me by email markjudge (@) loadthegame.com only
@@MarkJudgeLTG
Previous Apple unveils Metal, graphics tech for iOS gaming
Next The NSA reportedly has the most advanced facial recognition technology