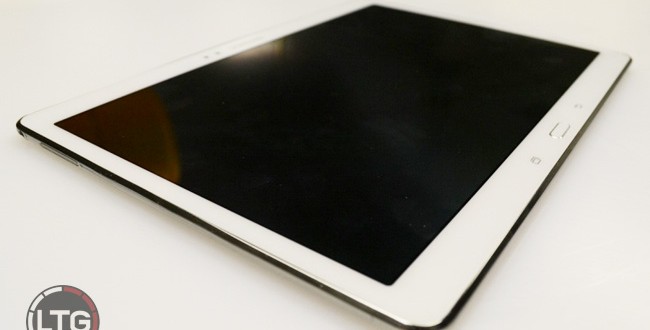 We’ve seen a lot from Samsung lately, from the recently released Samsung Galaxy S5, to the upcoming S5 Mini and the Samsung Galaxy Note 4. So we have the phone and phablet segments covered, but what’s going on in the tablet market? Well, the next major tablet from Samsung will be the Samsung Galaxy Tab S, a flagship tablet that targets the premium market. According to recent rumors and insider information covered by TechRadar, the Samsung Galaxy Tab S is planned for a 12th of June launch in New York. It seems like this week won’t be exclusive to the gaming industry (which is currently in the spotlight due to the E3 event in Los Angeles).

If the information is correct and Samsung will indeed reveal the Tab S this week, we’ll have confirmation for many of the suspected features of the tablet. However, keep in mind that even if Samsung does reveal the Tab S this week, it will likely take around 6 weeks for the new premium tablet to hit shelves at retailers and carriers across the US and the globe. It’s reasonable to believe that the Samsung Galaxy Tab S will be available for purchase at the end of July or the beginning of August. Typically, Samsung requires about 5 or 6 weeks to move from an announcement and reveal, to actually shipping and selling its products. So far we know that the Tab S will feature the SM-T800 model name. You may call it the Terminator of the tablet market.

In terms of design, don’t expect anything revolutionary from the Tab S. Samsung hasn’t really updated its tablet line in recent years, preferring to stick to a working, albeit perhaps dull design. In any case, it’s nothing to be disappointed about, but it’s nothing to be excited about either. At least the edges seems to be nicely rounded, and the tablet does seem to be slimmer than some previous models. Looking at leaked images, we can see a similar perforated hard plastic casing, seen in this year’s recently released Samsung Galaxy S5. The Galaxy Tab S will come in 3 variants, with a 16 GB, a 32 GB and a 64 GB internal storage version more exactly. According to all insider information, the Tab S will feature a 10.5 inch display, which wouldn’t be extremely impressive if not for the rumored 2560x1600p resolution, amounting to around 288 PPI. That’s an extremely high PPI rate for a tablet, and the screen will be no less than a Super AMOLED one.

If that’s not enough to tickle your fancy (after all, the Tab S will probably cost a lot, so consumers will expect the very best), the tablet is said to come with an Exynos 5 octo-core processor, running with 4 1.9 GHz Cortex-A15 cores and 4 1.3 GHz Cortex-A7 cores. Add to that 3 GB of RAM, and we’re getting not only a large, but a potentially extremely fast and competent tablet in the Samsung Galaxy Tab S. As far as cameras go, the Tab S is supposedly going to feature the same 8MP sensor that we’ll also be seeing in the S5 Mini. Overall, we won’t have to wait long to find out more details, as the 12th of June is rapidly closing in. Are you interested in Samsung’s next premium tablet? Make sure to leave us your thoughts!

Old-school gamer with a cheeky tongue that gets me in trouble. When I'm not playing games, I'm writing about them, preferably in the vicinity of a fridge! Oh, and if you're a Justin Bieber fan, I'm afraid we can't be friends!
Previous Mass Effect: Origins rumors shut down by Bioware studio director
Next Destiny has higher resolution on Xbox One without the Kinect