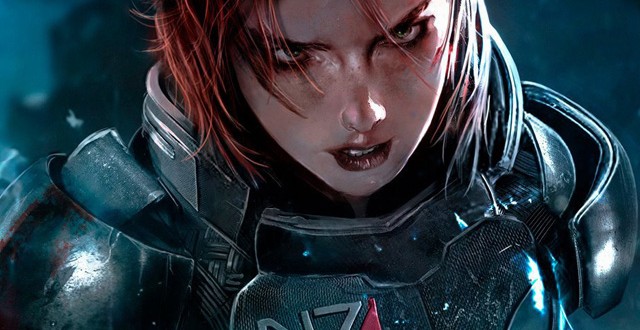 You might have heard by now about the Mass Effect: Origins rumor that made the rounds recently. In case you didn’t, let me summarize the story for you. A couple of days ago, a Brazilian website claimed that the next installation in Bioware’s sci-fi shooter/RPG series will be called Mass Effect: Origins. They also said that reliable sources from GameStop revealed this info to them, along with news that the new game will kick off a brand new trilogy. Well, it seems that Bioware really doesn’t like these kind of rumors as studio director Yanick Roy was quick to deny them.

Not only that, but he also made fun of the name by saying “If I was trying to come up with a made-up name for the next Mass Effect, I sure wouldn’t pick Origins…” Roy was also fast to react to a similar rumor that said the next title in the series will be called Mass Effect: Contact. Bioware’s studio director also stated back then than Mass Effect 4 (as it’s still being called) doesn’t have a name yet, just a working title. He didn’t disclose this title so it’s not exactly surprising that people are trying to come up with their own.

But Mass Effect: Origins didn’t make much sense given that the game was confirmed not to be a prequel. That’s the very same reason why Mass Effect: Contact didn’t seem plausible either, even though the leak was made by well-known industry insiders. The name Contact suggests that it would revolve around the The First Contact War, an event which takes place before Commander Shepard’s story. So it looks like we’ll just have to keep calling the game Mass Effect 4 for now. At least until an official one will be revealed by the company. Fortunately, we wont have to wait long for that to happen. All signs point at the fact that Bioware will finally reveal the highly anticipated title at E3 2014.

As of this writing, the event is just a few hours away. A trailer for Mass Effect 4 has been ready for a while and will be presented at the expo, or so the rumor goes. We know the title has been in development for a while now so this assumption isn’t too far fetched. Sources from within the industry say that we should expect the game to launch sometime next Spring. In any case, the time for rumors and speculations for Mass Effect 4 (or whatever its name will be) is almost over. We’ll keep our eyes and ears peeled for any announcements coming from E3 2014 so that we can share them with. Stay tuned!

I’m Load The Game’s co-founder and community manager, and whenever I’m not answering questions on social media platforms, I spend my time digging up the latest news and rumors and writing them up. That’s not to say I’m all work and no fun, not at all. If my spare time allows it, I like to engage in some good old fashioned online carnage. If it’s an MMO with swords and lots of PvP, I’m most likely in it. Oh, and if you’re looking to pick a fight in Tekken or Mortal Kombat, I’ll be more than happy to assist! Connect with me by email markjudge (@) loadthegame.com only
@@MarkJudgeLTG
Previous Specs and Design for the Samsung Galaxy S5 Mini leak
Next Samsung Galaxy Tab S leaks, possible release date and specs revealed