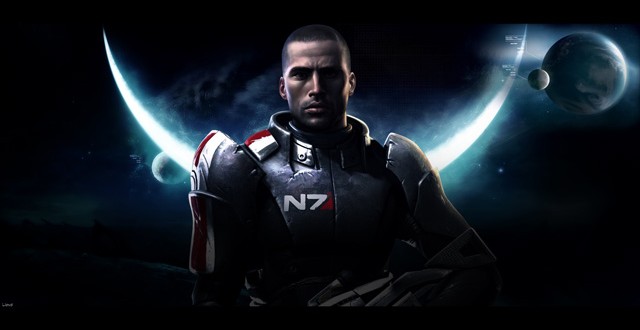 While we wont get to play Mass Effect 4 any time soon, at least we’ll be able to see how it looks. A trailer for the game has been ready for some time now if we are to believe a recent rumor. This is not exactly surprising given that the title has been in development for a while and the latest reports suggest that it’s half-way done already. Still, up to this point we haven’t heard much about the next installation in the space-faring trilogy. Bioware has done a very good job at keeping the game under wraps, but that’s about to change soon. The word on the street is that the company will finally reveal more about the game at this year’s Electronic Entertainment Expo. This has been rumored for some time, but now we have some confirmation as well…kinda.

@SageShinigami Yea they do. Still, a trailer's been ready for a little bit now. We'll see!

Notorious leaker and industry insider @shinobi602 recently stated that although Bioware is focusing on Dragon Age: Inquisition at the moment, Mass Effect 4 has not been forgotten. When asked if the game will be present at E3 2014, Shinobi said that it “Might be.” However, there should be no doubt that it will be given that E3 is the biggest gaming event of the year. And there is certainly no better place to reveal a trailer than at the Los Angeles expo. The leaker also seems to know a bit about the latest Mass Effect’s platform availability. “People are thinking ME: Contact’s exclusive to Xbox One? lol,” Shinobi said. It was all but confirmed by Bioware earlier this year that the game will make its way to current, as well as next-gen consoles. And the PC too, of course.

While the insider is generally considered to be a reliable source of information, it’s very strange that he calls the game Mass Effect Contact. This name was rumored for some time now, but Studio Director for Bioware Montreal Yanick Roy claims that “the next Mass Effect doesn’t have a name yet, just a working title that we have used since day 1 of the project.” He didn’t disclose any further information so we can only speculate if whether or not Contact is the working title. In any case, a trailer for the game will be like a breath of fresh air for many fans of the series, myself included. We’ve all been waiting for more details on ME4 for what seems like an eternity so let’s hope Bioware delivers them at E3 2014.

The expo takes place during June 10-12 so it’s basically just around the corner at this point. In preparation for the game you check out our article on “Things we should and shouldn’t expect” from Mass Effect 4. Also, make sure you stay tuned for all the latest news and updates.

I’m Load The Game’s co-founder and community manager, and whenever I’m not answering questions on social media platforms, I spend my time digging up the latest news and rumors and writing them up. That’s not to say I’m all work and no fun, not at all. If my spare time allows it, I like to engage in some good old fashioned online carnage. If it’s an MMO with swords and lots of PvP, I’m most likely in it. Oh, and if you’re looking to pick a fight in Tekken or Mortal Kombat, I’ll be more than happy to assist! Connect with me by email markjudge (@) loadthegame.com only
@@MarkJudgeLTG
Previous Mortal Kombat 10 will be revealed today
Next Android 4.4.3 KitKat begins rolling out for Nexus 5 and Nexus 7