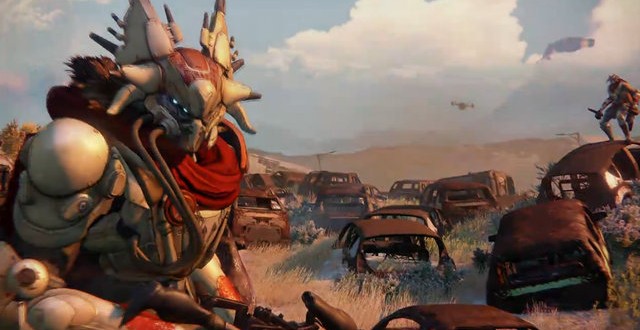 Destiny has higher resolution on Xbox One without the Kinect

Destiny will have a higher resolution on the Xbox One thanks to the removal of the Kinect sensor. Microsoft spoke about this subject last month when they said that removing the Kinect will free up processing power and allow for increased performance. Microsoft’s Phil Spencer and Larry Hryb aka Major Nelson reiterated this during a recent podcast. “This was a point where we actually looked at the GPU reserve that we had set aside when we launched,” Spencer said. “And you always set aside these reserves not exactly knowing how people are going to use the reserves, and we’ve got more work to do to bring the reserve down as we get more efficient with stuff we’re doing in the platform.”

“I think about games like Sunset Overdrive, that’s going to take advantage of the June [software development kit],” Spencer said. “And they’re going to use the increased capability that lowering the reserve will have to actually make a more vibrant and alive gameplay space, so that’s where they’re going to invest. Even our friends at Bungie, and I’ve been spending a lot of time down there, they’re going to pick up the June SDK update for Destiny, and they’re going to up the resolution of Destiny based on this change. So I think it’s just a great time for us.”

According to an earlier announcement, removing the Kinect from the Xbox One allows for a GPU performance increase of up to 10%. This means that upcoming games such as Destiny and Sunset Overdrive will look much better than anticipated and they will also run smoother. We don’t have any specific details in regards to Destiny’s resolution for the Xbox One, but just knowing that the game will end up looking better is very good news indeed. Spencer also mentioned that you don’t have to unplug the Kinect in order to benefit from the performance boost, the system apparently knows when to scale accordingly.

“Now I saw, as you did, that some of the press picked up that this had something to do with Kinect plugged into the machine… and it has nothing to do with Kinect being plugged in. In fact everyone should leave Kinect plugged in, because as soon as the game isn’t running anymore, you quit the game, you go back to the dash, you are going to have all the great Kinect functionality that you ever had, and you can boot a Kinect game and the Kinect will continue to work. It’ll have no impact on the game that decides off the back end that it’s going to lower the reserve that’s set in.”

I’m Load The Game’s co-founder and community manager, and whenever I’m not answering questions on social media platforms, I spend my time digging up the latest news and rumors and writing them up. That’s not to say I’m all work and no fun, not at all. If my spare time allows it, I like to engage in some good old fashioned online carnage. If it’s an MMO with swords and lots of PvP, I’m most likely in it. Oh, and if you’re looking to pick a fight in Tekken or Mortal Kombat, I’ll be more than happy to assist! Connect with me by email markjudge (@) loadthegame.com only
@@MarkJudgeLTG
Previous Samsung Galaxy Tab S leaks, possible release date and specs revealed
Next Assassin’s Creed Unity E3 banner hints at four-player co-op