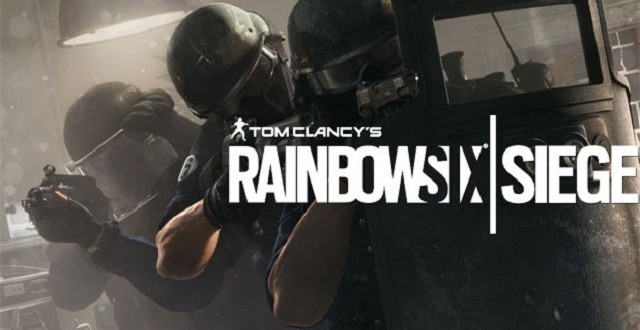 Rainbow Six Siege replaced Patriots because the latter was “old-gen”

One of the biggest surprises at E3 2014 was the unveiling of Rainbow Six Siege. Back in 2011 it was announced that the next installation in the series will be called Rainbow Six Patriots so naturally that’s what everyone expected to see at this year’s Electronic Entertainment Expo. Ubisoft stated in a recent interview with Rock, Paper, Shotgun that Rainbow Six Patriots was cancelled because it was being developed only for the Xbox 360 and PS3 so it was “old-gen.” Technical artist Oliver Couture says that the company wanted a next-gen experience so about a year and a half ago they started working on Rainbow Six Siege.

“To be completely transparent, I worked on Patriots – on Rainbow Six for three-and-a-half years – and Patriots was old-gen. Xbox 360 and PS3. Next-gen consoles were just around the corner, and we were like, ‘OK, we want to also have a next-gen experience. What can we do for that?’ We were trying stuff out with destruction technology, and we realized destruction really changes the game. We tried to see how it could fit with old-gen, but it just didn’t work out. So for us it was just a better solution to clean the slate, reset, and make what’s best for the players. We’ve been working hard for the past year-and-a-half [on Siege].”

The Rainbow Six Siege footage that was showed at E3 2014 presented us with a glimpse of the multiplayer, but we haven’t seen the single component at all as of yet. Couture explains that Ubisoft is aware single player is an important part of the Rainbow Six experience and they are currently working on it. The artist didn’t elaborate any further so we’ll have to wait a little more before we can learn more details about the campaign. “The scope of the single-player is not completely clear yet,” Couture said. “So I cannot really elaborate on it. All I know is that the message we have on the production floor is like, ‘All the comments online, people are always talking about single-player. So we’re gonna have something for them.’ But I can’t say if it will be more cinematic [like Patriots was] yet.”

The game will feature destructible environments and will focus heavily on the multiplayer, but it will also have some sort of single player component as we’ve found out today. A release date for Rainbow Six Siege has not been announced yet, Ubisoft just said that the game will make its way to the PS4, Xbox One and PC sometime during 2015. Most other details are still unknown, but we’ll be sure to keep you updated as soon as we learn something new so stay tuned.

I’m Load The Game’s co-founder and community manager, and whenever I’m not answering questions on social media platforms, I spend my time digging up the latest news and rumors and writing them up. That’s not to say I’m all work and no fun, not at all. If my spare time allows it, I like to engage in some good old fashioned online carnage. If it’s an MMO with swords and lots of PvP, I’m most likely in it. Oh, and if you’re looking to pick a fight in Tekken or Mortal Kombat, I’ll be more than happy to assist! Connect with me by email markjudge (@) loadthegame.com only
@@MarkJudgeLTG
Previous Amazon smartphone said to be exclusive to AT&T
Next Latest Nvidia GeForce drivers optimized for Battlefield: Hardline