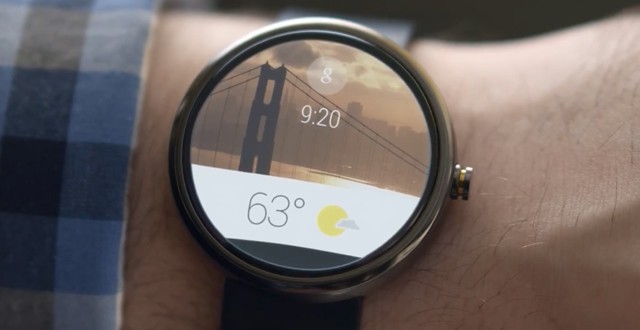 Google introduces us to Android Wear ahead of I/O 2014

Google came out shortly before their annual I/O developers conference and launched a video in which they showcase some of the features that we might be able to expect from Android Wear. The video is mostly geared towards developers and is being presented by Timothy Jordan, a Google dev who’s part of the Android Wear team. Even though it’s not aimed at consumers, it’s still very interesting to watch because it gives us a little more insight into the wearable devices’ software and it also touches on the notifications and some of the apps.

The big problem with Smart Watches so far, especially something like Samsung’s Galaxy Gear is that they tried to do so much on such a tiny screen. The Android Wear devices on the other hand look like they’re really focused on being an extension of Android. Google Now seems to be a big part of it so it’s going to be all about notifications and alerts. Voice commands will also be very important from what we hear and you can use them to deal with all these notifications you get. Clearly there’s no way to predict who is going to dominate this space or in fact if anyone will dominate this space. But what’s exciting is that Android Wear combined with the fact that Apple is coming out with the so-called iWatch will fully legitimize a category that’s been essentially illegitimate for many years.

There has been so much chatter about Smart Watches lately, but it just hasn’t grabbed hold of the market yet. The leading brand right now is Samsung, they’ve been coming out with lots of devices on multiple platforms including their own Tizen operating system. But even though they have the top products, they’re not really catching the attention of the general consumer market. But a combination of Google Wear supported by companies like Motorola and LG, and the iWatch will legitimize the industry not only for Apple and Android Wear devices, but also for startups. It really all comes down to the fact that everybody has smartphones now, which wasn’t really the case back when the first Smart Watches were released. The ecosystem is there in terms of devices and consumers are ready now for something that can open up new opportunities on their smartphones.

People seem to be excited to wear watches again and the round face on Android Wear is a smart move because that makes it look like a normal watch. It doesn’t look like a weird gadget and that will be important for a lot of people.

I’m Load The Game’s co-founder and community manager, and whenever I’m not answering questions on social media platforms, I spend my time digging up the latest news and rumors and writing them up. That’s not to say I’m all work and no fun, not at all. If my spare time allows it, I like to engage in some good old fashioned online carnage. If it’s an MMO with swords and lots of PvP, I’m most likely in it. Oh, and if you’re looking to pick a fight in Tekken or Mortal Kombat, I’ll be more than happy to assist! Connect with me by email markjudge (@) loadthegame.com only
@@MarkJudgeLTG
Previous Xbox One launches this September in Japan with 29 games
Next Google Glass apps will be discussed in detail next week