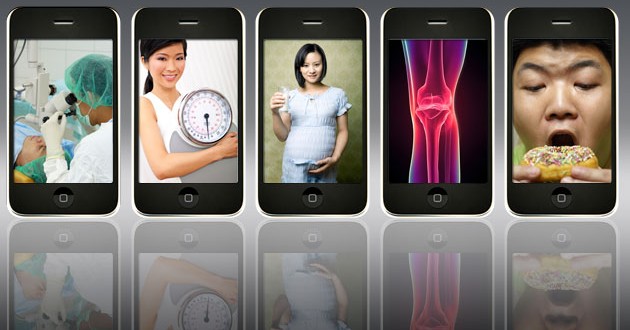 Reuters reported today that Apple, Google, and Samsung are all looking for ways to bring new health apps to wearable devices. Wristbands and other wearables can already give you information about your heart rate and a few other aspects related to your health. However, a lot of people have been hoping that this technology will also one day offer the possibility of measuring blood sugar. According to the report, the companies are currently looking for ways of equipping smartwatches and wristbands with sensors that can check for glucose levels in the blood. Furthermore, this method will be completely non-invasive, which should appeal to people who need to take blood samples in order to monitor their glucose levels.

The article says that Apple, Google, and Samsung are working with various medical scientists and engineers in order to make it happen, but mentions that the first round of technology might be limited. In any case, this would be a big step forward and will certainly make a lot of diabetics glad that a non-invasive method will become a reality in the future. There are more than 29 million people affected by diabetes just in the United States and a large part of them would undoubtedly pay big bucks for a wearable device capable of tracking their blood sugar. “All the biggies want glucose on their phone,” said John Smith, former chief scientific officer of Johnson & Johnson’s LifeScan. “Get it right, and there’s an enormous payoff.”

All three companies are planning to announced new smartwatches this year and they’re almost certainly going to release other wearable devices as well. One of these device might feature new glucose-tracking apps although it’s a little soon to say for certain. Samsung is said to be working on a new Android Wear smartwatch that will presumably be revealed later this week. Meanwhile, Apple is currently developing the iWatch, which is rumored to launch sometime during October. Finally, Google has plenty of plans for new wearable devices and new Android Wear apps. The internet giant will be discussing about them in detail during their I/O developers conference scheduled to take place during June 25-26.

With Apple, Google, and Samsung all racing to develop the first wearable device that can monitor glucose levels the only question is: who will get there first?  These companies have proved in the past that they can come up with some very innovative technologies so it could be any one of them. We’ll let you know as soon as we find out more details so stay tuned.

I’m Load The Game’s co-founder and community manager, and whenever I’m not answering questions on social media platforms, I spend my time digging up the latest news and rumors and writing them up. That’s not to say I’m all work and no fun, not at all. If my spare time allows it, I like to engage in some good old fashioned online carnage. If it’s an MMO with swords and lots of PvP, I’m most likely in it. Oh, and if you’re looking to pick a fight in Tekken or Mortal Kombat, I’ll be more than happy to assist! Connect with me by email markjudge (@) loadthegame.com only
@@MarkJudgeLTG
Previous Yo App Gets Hacked, Company Hires One of the Hackers
Next Samsung Galaxy S5 Sport now available through Sprint