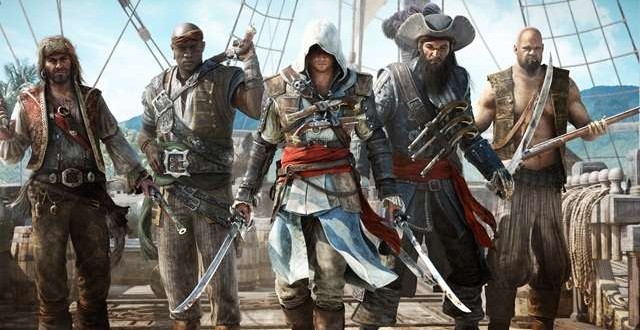 Ubisoft believes that DLC has been accepted by most gamers

It’s no secret that DLC has become a very big part of the gaming industry in recent years. The idea was unsurprisingly embraced by most companies and nowadays you’ll be hard pressed to find a game that doesn’t feature at least a couple of DLCs. I think we can all agree that the companies get the most out of this, but what about us gamers? Ubisoft seems to believe that consumers have mostly accepted the idea by now and there are hardly any complaints when downloadable content is announced. Vice President of Ubisoft Chris Early revealed for GamesIndustry International that last year’s launch of the “Time Saver” DLC packs for Assassin’s Creed IV: Black Flag didn’t seem to bother too many people. “There was no resistance,” Early said. “Maybe there were 12 guys somewhere who said something, but whatever. As a whole, there wasn’t a problem.”

The latest DLC-related phenomenon seems to be the “Season Pass”, a trend that only surfaced about two or three years ago as far as I can tell. The idea here is that if you purchase the pass you will receive (usually) early access to all content packs as soon as they’re released. Most of the time this comes with the benefit of getting the content a bit cheaper than if you purchase the packs individually. Ubisoft’s VP also touches on this subject and states that “Season pass is pretty much accepted. Now it’s interesting when you start to think of Season Pass as a Service Pass. For our Season Pass holders, I know we hold events for them specifically, so it’s little bit more than just DLC content. So there’s an evolution going on there.”

If you’re an old school gamer that you will most likely remember a time when DLCs weren’t really a thing yet and games just had expansion packs. This is becoming pretty rare these days and the reason seems to be that there’s more demand now for small batches of content rather than full expansions. “I don’t know whether it wasn’t as easy before or wasn’t as clearly messaged on previous generations, but there is definitely a lot more digital [demand], to the order of two to five times as much digital activity on some titles than there was on the same title on old-gen machines,” Early said. “It’s not just that they might have made it easier. To me, that means that people want it. I probably wouldn’t have guessed there was that much pent-up digital demand.”

I always though that DLCs are becoming more common because companies keep pushing them, but according to Ubisoft, it’s the gamers that want them. What do you think about all of this? We hope to read your opinions in the comments section below.

I’m Load The Game’s co-founder and community manager, and whenever I’m not answering questions on social media platforms, I spend my time digging up the latest news and rumors and writing them up. That’s not to say I’m all work and no fun, not at all. If my spare time allows it, I like to engage in some good old fashioned online carnage. If it’s an MMO with swords and lots of PvP, I’m most likely in it. Oh, and if you’re looking to pick a fight in Tekken or Mortal Kombat, I’ll be more than happy to assist! Connect with me by email markjudge (@) loadthegame.com only
@@MarkJudgeLTG
Previous Standalone PC Kinect sensor coming July 15th for $200
Next Valve releases update for Steam