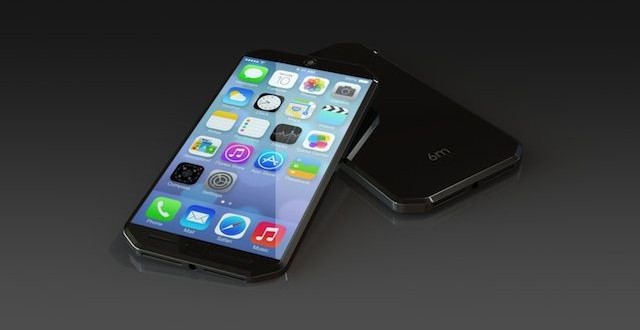 We’ve learned some time ago that the iPhone 6 is the most anticipated Apple smartphone of all time and is certain to sell millions of copies shortly after release. However, the market is jam packed with impressive devices already and a few more are bound to be launched later this year so that might pose a little bit of a problem to the company. So what can the handset offer in order to convince customers that it’s worth more than let’s say the LG G3 or the Nexus 5? Well, according to the Chinese media, the iPhone 6 will feature brand new haptic feedback technology, which will presumably be more intelligent than anything we’ve seen before.

This innovative display tech is said to offer more advanced functionality than most other devices and will reportedly be able to produce various types of subtle vibrations depending on what application is running at the time. The iPhone 6 will also be capable of emitting different types of vibrations based on where you press on the screen thanks to this new haptic technology. Naturally this will add a bit to the final price tag. The source mentions that the new haptic motor will be around 2 or 3 times more expensive that the motor found on the iPhone 5s. There arn’t too many other details at the moment so it’s anybody’s guess if this will be enough to convince more customers that the iPhone 6 brings something new to the table. In any case, take these rumors with a grain of salt until we hear something from Apple.

New haptic technology isn’t the only interesting feature found on the display though as many sources suggest that the iPhone 6 will also come with a rugged Saphire Glass screen. Both the 4.7-inch and 5.5-inch variants of Apple’s upcoming flagship will benefit from this feature if rumors are to be believed. The bigger device is said to be targeted at premium markets so it’s not surprising that the Cupertino-based company is going all out to equip it with the latest tech. The smaller one however is being developed for average consumers so many of the rumored features might not make it to the 4.7-inch in the end. This model is said to launch sometime during September, but the 5.5-inch variant will only arrive towards the end of the year.

Sources speculate that there will most likely be a difference of at least $100 between the two iPhone 6 models. Stay tuned for more news and updates.

I’m Load The Game’s co-founder and community manager, and whenever I’m not answering questions on social media platforms, I spend my time digging up the latest news and rumors and writing them up. That’s not to say I’m all work and no fun, not at all. If my spare time allows it, I like to engage in some good old fashioned online carnage. If it’s an MMO with swords and lots of PvP, I’m most likely in it. Oh, and if you’re looking to pick a fight in Tekken or Mortal Kombat, I’ll be more than happy to assist! Connect with me by email markjudge (@) loadthegame.com only
@@MarkJudgeLTG
Previous Ubisoft keeping control of movie adaptation to ensure quality
Next HTC Desire 616 and HTC One E8 launched in India today