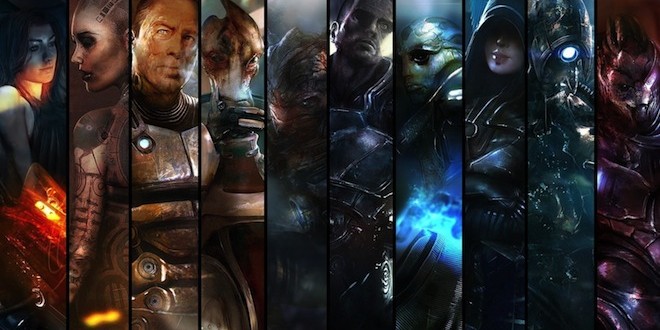 Good news everybody! It appears that Bioware will be hosting a panel dedicated to the development of Mass Effect 4 at Comic-Con 2014. The San Diego convention takes place during July 24-27, which means that we wont have to wait long until the company reveals more about the sequel to one of the best sci-fi trilogies of all time. The event’s schedule reveals that the Mass Effect 4 discussions will take place July 26th between 2:oo PM and 3:00 PM. Back at E3 2014 Bioware merely teased the game and didn’t really show much so let’s hope that they’re more willing to unveil at least some of the details at Comic-Con 2014.

The panel will revolve around the development process for Mass Effect 4 so we might not hear anything about the story or new protagonist. But I hope they at least talk a bit about the new races or the year in which the action takes place. It would be awesome if they would show a trailer or even a teaser, but I suppose that’s just wishful thinking. Anyway, the panel’s description goes something like this: “Mass Effect developers from the Edmonton and Montreal studios discuss what it’s like to expand on a well-established and beloved video game franchise. Panelists Carl Boulay (lead animator), Fabrice Condominas (producer), Mike Gamble (producer), Noel Lukasewich (senior artist), and Jessica Merizan (community manager), share their experiences in shaping the next Mass Effect game with new possibilities while staying true to the critically acclaimed series.”

Thus far we know next to nothing about Mass Effect 4. Bioware only confirmed that they want to take the franchise in a brand new direction, which means we wont see Commander Shepard and the others anymore. They also said that we’re going to visit a brand new region of space, but they didn’t go into too many details about it. It was also confirmed that we can expect to see at least a couple of new races and that same-sex relationships will be possible again, but that was to be expected. Oh, and the game will not actually be called Mass Effect 4, but until the real title is announced everyone will keep calling it that anyway.

Bioware didn’t reveal whether or not the game is in development for the PS4 and the Xbox One, but they did hinted at something like that earlier this year. Amazon listed Mass Effect 4 for current-gen consoles so maybe they already know something we don’t.

I’m Load The Game’s co-founder and community manager, and whenever I’m not answering questions on social media platforms, I spend my time digging up the latest news and rumors and writing them up. That’s not to say I’m all work and no fun, not at all. If my spare time allows it, I like to engage in some good old fashioned online carnage. If it’s an MMO with swords and lots of PvP, I’m most likely in it. Oh, and if you’re looking to pick a fight in Tekken or Mortal Kombat, I’ll be more than happy to assist! Connect with me by email markjudge (@) loadthegame.com only
@@MarkJudgeLTG
Previous Chinese smartphone giant Xiaomi will launch its Mi4 model on July 22
Next Nvidia to launch their own streaming device