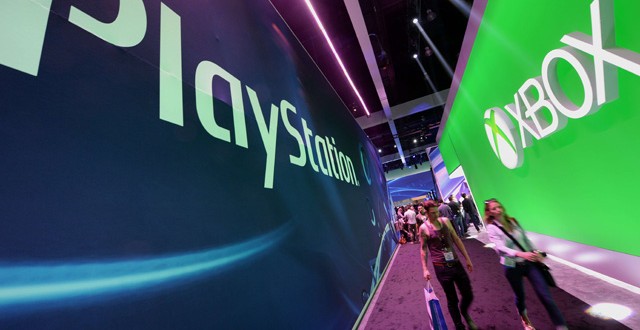 Microsoft recently launched a new commercial in an attempt to show Chinese gamers just how awesome the Xbox One is. Unfortunately for the company, China is not impressed at all according to an ongoing poll. The question asked is as follows (Google Translated): “If Microsoft and Sony’s consoles are successfully listed on the National Bank, which would you choose?” As of this writing, an overwhelming amount of people (more than 57%) have voted for the PS4 while less than 11% are opting for the Xbox One. More than 6.500 votes have been cast until now with the poll only being online for a few hours.

Needless to say, the PS4 is already winning the console wars in the majority of markets, and China doesn’t seem to be an exception. There are few things we have to note though. Neither console is yet officially available on the Chinese market at this time and from what we hear, Sony’s platform has received much more publicity than the Xbox One until now. This might have contributed somewhat to the results and we also have to mention that the people who voted represent only a mere fraction of the total base of gamers. That being said, people are probably seeing that the PS4 is more popular at the moment so naturally they are more inclined to vote for it.

Microsoft already announced that it will be launching the Xbox One in China this September, which means they’re off to a head start. Sony also confirmed to be launching the PS4, but they didn’t mentioned a specific date. Regardless of the poll, it will be interesting to see how both consoles perform given that China is currently pretty much a PC gaming only market. We can expect that a lot of console games will be censored or even outright banned, which means that Chinese gamers will have to be content with a smaller library of titles than the other countries.

I’m Load The Game’s co-founder and community manager, and whenever I’m not answering questions on social media platforms, I spend my time digging up the latest news and rumors and writing them up. That’s not to say I’m all work and no fun, not at all. If my spare time allows it, I like to engage in some good old fashioned online carnage. If it’s an MMO with swords and lots of PvP, I’m most likely in it. Oh, and if you’re looking to pick a fight in Tekken or Mortal Kombat, I’ll be more than happy to assist! Connect with me by email markjudge (@) loadthegame.com only
@@MarkJudgeLTG
Previous First Windows 9 Start Menu image surfaces revealing design
Next Samsung Galaxy Note 4 might feature Retina Scanner