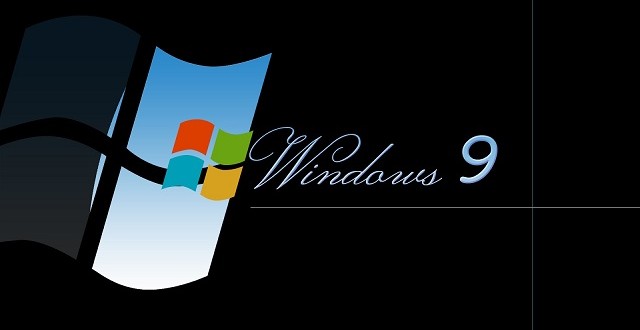 A screenshot showing the Windows 9 Start Menu was recently leaked on the My Digital Life forums. As opposed to previous leaks, this image does appear to be legit and give us the first real look at the upcoming operating system. This is reportedly a very early build and as such is subject to change. But hopefully Microsoft decides to stick with it because it looks pretty good to be honest. The Windows 9 Start Menu seems to be a combination of Windows 7’s Start Menu and Windows 8.1’s interface. The screenshot reads Build 9788 in the bottom right corner, although you may have to zoom in a bit in order to see it. 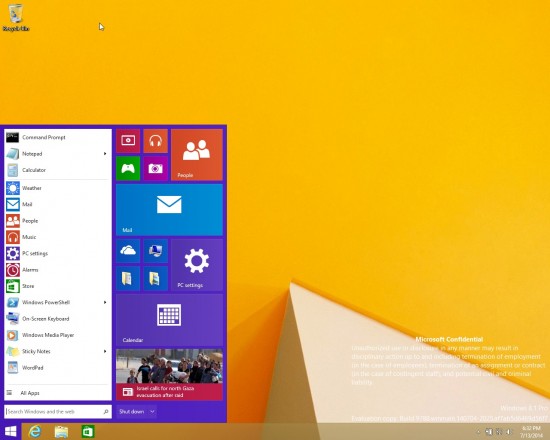 It also says Windows 8.1 Pro, which suggests that the menu might actually be part of the upcoming Windows 8.1 Update 2 instead. However, forum users who appear to have some knowledge in regards to the project are claiming that this is definitely the Windows 9 Start Menu even though the description says otherwise. This early build also contains a disclosure hinting that somebody over at Microsoft might have gotten into trouble (but hopefully not) by leaking this. “Unauthorized use or disclosure in any manner may result in disciplinary action up to and including termination of employment(in the case of employees), termination of assignment or contract(in the case of contingent staff), and potential civil and criminal liability.”

Another observation to be made is that the Windows 9 Start Menu seems to incorporate a rather elegant looking news feed as well as a whole bunch of other useful features. By the looks of it Microsoft is trying to pack as much functionality as they can into the Start Menu, which is a welcomed sight indeed. This particular screenshot appears to have been taken yesterday, June 13th from a laptop, judging from the battery icon.

Windows 9 is expected to come either free of charge or at a discount to Windows 8.1 Update 2 aka Windows 8.2 users. This is just a rumor for now and we still have to wait for an announcement from Microsoft, but let’s hope that it ends up being true. There is no official news on when we can expect the update, but a number of sources claim we should see it sometime during August or September. As for Windows 9, a preview version of the operating system is expected to land early next year with a full release scheduled for April 2015, if rumors are to be believed.

I’m Load The Game’s co-founder and community manager, and whenever I’m not answering questions on social media platforms, I spend my time digging up the latest news and rumors and writing them up. That’s not to say I’m all work and no fun, not at all. If my spare time allows it, I like to engage in some good old fashioned online carnage. If it’s an MMO with swords and lots of PvP, I’m most likely in it. Oh, and if you’re looking to pick a fight in Tekken or Mortal Kombat, I’ll be more than happy to assist! Connect with me by email markjudge (@) loadthegame.com only
@@MarkJudgeLTG
Previous GTA 5 PC, PS4, Xbox One release date leaked, arriving November 14th
Next PS4 is way more popular in China than the Xbox One according to poll