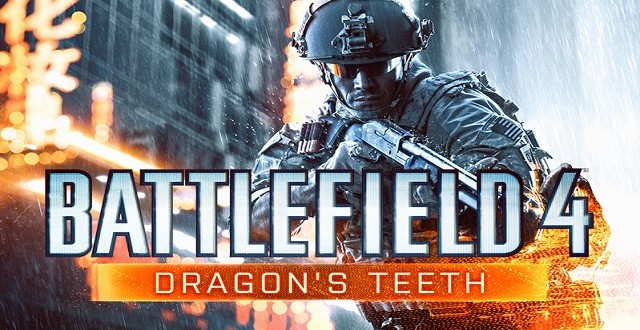 We reported a while back that Origin had unintentionally leaked the release date of Battlefield 4’s Dragon’s Teeth DLC. The date in question was July 15th and guess what? That day is here. Developer DICE tweeted a reminder earlier and we’re here to spread the word. As it was previously announced, only Premium members get access to Dragon’s Teeth today, everyone else will have to wait another two weeks before they can get their hands on the latest DLC. The downloadable content is rolling out for the Xbox 360, Xbox One, PS3, PS4 as well as the PC.

You can get access to Dragon’s Teeth today by becoming a Premium member, which comes with a few other benefits as well. As a Premium member you gain access to all the previously released DLCs plus the upcoming Final Stand expansion. You are also granted 12 Battlepacks, exclusive double-XP events, personalization options, and priority position in server queues. Alternatively, you can just wait until July 29th to get your hands on the latest Battlefield 4 expansion. As always, the choice is up to you. Stay tuned for more news and updates.

I’m Load The Game’s co-founder and community manager, and whenever I’m not answering questions on social media platforms, I spend my time digging up the latest news and rumors and writing them up. That’s not to say I’m all work and no fun, not at all. If my spare time allows it, I like to engage in some good old fashioned online carnage. If it’s an MMO with swords and lots of PvP, I’m most likely in it. Oh, and if you’re looking to pick a fight in Tekken or Mortal Kombat, I’ll be more than happy to assist! Connect with me by email markjudge (@) loadthegame.com only
@@MarkJudgeLTG
Previous Star Citizen gets new stretch goal
Next Windows Phone 8.1 coming to Lumia devices today