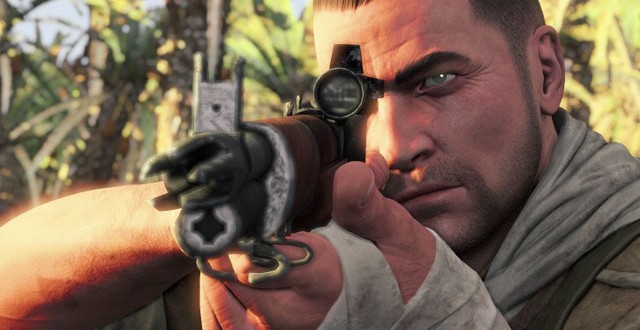 Save Winston Churchill in the latest Sniper Elite 3 DLC

After allowing you to assassinate Hitler, Sniper Elite 3 now demands that you save none other than the British Prime Minister himself, Winston Churchill. The appropriately named Save Churchill DLC comes in three parts, the first of which is already available on Steam with the others to follow later this summer. In order to save the Prime Minister you will have to foil the Nazis attempt at assassinating him. The first episode, In shadows, has you traveling to the battle-scarred city of Siwa where intel about the identity of the assassin supposedly lies. Our elite sniper hero Karl Fairburne will have to infiltrate the enemy garrison and reveal the Axis plans to murder Churchill and greatly weaken the Allied forces. As always, no pressure.

Aside from the Save Churchill DLC, Sniper Elite 3 received some more additional content in the form of the Patriot Weapons Pack. “The Sniper Elite 3 Patriot Weapons Pack includes three all-American favourites – including a weapon never seen in the series before – which can be used across multiplayer, singleplayer and co-operative game modes.” The three weapons in question are the Springfield Rifle, the M3 Grease Gun, and the M1911 pistol. Last but not least, a brand new map that goes by the name of Airstrip has been added to the multiplayer today as well. This is basically just the airfield from the single player campaign, which was bombarded and is now looking a little worse for wear.

Save Churchill – Part 1: In shadows is available for purchase via Steam for the price of $6.99 while the Patriot Weapons Pack will cost you $3.99. Meanwhile, the Airfield multiplayer map will cost you absolutely nothing so go try it out asap. Save Churchill can only be played in single player at the moment but co-op will be coming soon as well. Sniper Elite 3 is only available for the PC.

I’m Load The Game’s co-founder and community manager, and whenever I’m not answering questions on social media platforms, I spend my time digging up the latest news and rumors and writing them up. That’s not to say I’m all work and no fun, not at all. If my spare time allows it, I like to engage in some good old fashioned online carnage. If it’s an MMO with swords and lots of PvP, I’m most likely in it. Oh, and if you’re looking to pick a fight in Tekken or Mortal Kombat, I’ll be more than happy to assist! Connect with me by email markjudge (@) loadthegame.com only
@@MarkJudgeLTG
Previous The latest Sacred 3 trailer is all about the co-op
Next Hearthstone Curse of Naxxramas release date announced