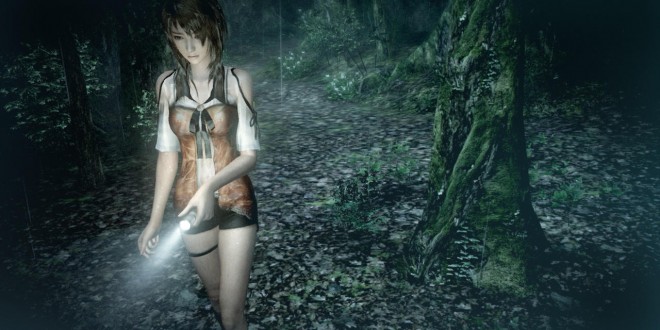 The latest Fatal Frame title, known as Zero: Nuregarasu no Miko, has gotten its first trailer along with a host of new screenshots. The game will see players controlling a new protagonist who is instructed to go to a sacred mountain where spirits can be brought back to the world of the living. It will take advantage of the Wii U Gamepad by allowing it to be held up to the to search for Spirits normally hidden from view. The publisher has described the game as being the most ambitious created in the Fatal Fram series. The Wii U exclusive title was first revealed in April and will be joined by additional material, including a live-action film and comic book series.

Nintendo bought a significant stake in Fatal Frame, known as Project Zero in Japan, in 2012. The purchase of the series and its spin-off Spirit Camera means that the series is now very unlikely to see new games receive ports to other consoles. However, publisher Tecmo Koei retains the rights to most of the previous games in the series. The acquisition could give Nintendo an advantage in the gaming market, with the Fatal Frame franchise being especially popular in Japan. The series is well known for its horror elements and ability to scare players.

Gameplay in the franchise usually consists of players exploring abandoned or ruined areas. Searching for books, diaries and other documents left behind help fill in the back-story while a range of obstacles block progress and force you to find specific objects to continue. The combat usually revolves around battling spirits using a specialized camera. Spiritsmust be kept in view to cause significant damage, with different types of film able to be used to cause elemental effects. The series has so far seen four main instalments and a spin-off series. The fifth entry, Zero: Nuregarasu no Miko, will release September 27 in Japan.

Freelance writer with a love for gaming. Have owned pretty much every console and handheld from the last 15 years. When I'm not writing about games, which I am most of the time, I tend to be reading, writing about sport, binge watching shows on Netflix...or playing the odd video game.
@nathanpgibson
Previous iPhone 6 Touch ID sensor said to be more durable than previous model
Next Xbox One sales more than doubled since the Kinect was dropped