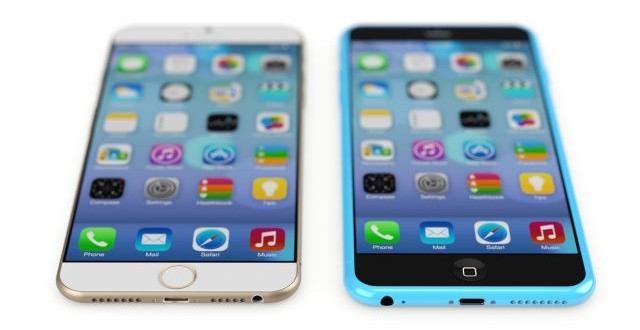 As we approach the iPhone 6’s rumored September release date more and more details keep leaking in from various sources. This time news comes from French tech portal Nowhereelse, which acquired some pictures of the upcoming flagship’s new Touch ID fingerprint sensor. At first glance the sensor looks just like the one on the iPhone 5s with the exception that the metal screws seem to have been relocated. I know what you’re thinking: “this isn’t interesting at all”, and you are right. What is interesting however is that the source claims the iPhone 6’s new Touch ID sensor is more durable than the one found on its predecessor. 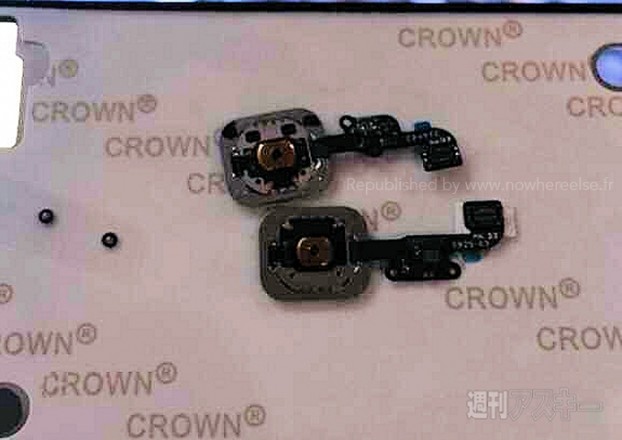 The sensors allegedly come from the Taiwan Semiconductor Manufacturing Company, a long-time supplier for Apple. The first batch containing the new Touch ID fingerprint sensors for the iPhone 6, iPad Air 2 and iPad Mini 3 is said to have been sent back in May. Rumor has it that low Touch ID supply was to blame for the iPhone 5s’ limited availability at launch so this shouldn’t be a problem this time around. The new sensor will likely make it to both  the 4.7-inch and 5.5-inch versions of the iPhone 6. The smaller one is believed to be announced sometime during mid September and launched shortly after.

Recently we reported that Amazon Japan listed the 4.7-inch version of the smartphone on their website. The page was since taken down, which hints that it may have been an unintentional leak. Regardless, we managed to take a screenshot while it was still up and you can take a look at it here. In a nutshell, all the info revealed by the listing is as follow: the smaller iPhone 6 measures 13 x 6.5 x 0.7 cm and weighs 113 g, comes with 64GB internal storage, runs on iOS 8, and will be available starting with September 30th. The website also said that you can purchase the device for the equivalent of about $1.380. Naturally that was just a placeholder as the iPhone 6 is believed to cost no more than $700.

Word on the street is that we wont see the 5.5-inch flagship until next year and coincidentally rumors regarding this bigger device are lacking, to say the least. September is also the month when the Samsung Galaxy Note 4 releases. Traditionally, the Notes have not been direct competitors to iPhones, but they could be in the future. Note 4 is said to feature a 5.7-inch display, only slightly larger than the bigger iPhone 6’s 5.5-inch panel so maybe Apple’s delay was in fact intentional. But this is just speculation, we’ll let you know as soon as we learn something more solid so stay tuned.

I’m Load The Game’s co-founder and community manager, and whenever I’m not answering questions on social media platforms, I spend my time digging up the latest news and rumors and writing them up. That’s not to say I’m all work and no fun, not at all. If my spare time allows it, I like to engage in some good old fashioned online carnage. If it’s an MMO with swords and lots of PvP, I’m most likely in it. Oh, and if you’re looking to pick a fight in Tekken or Mortal Kombat, I’ll be more than happy to assist! Connect with me by email markjudge (@) loadthegame.com only
@@MarkJudgeLTG
Previous Blizzard unveils new Heroes of the Storm battleground
Next Wii U exclusive Fatal Frame title gets first trailer