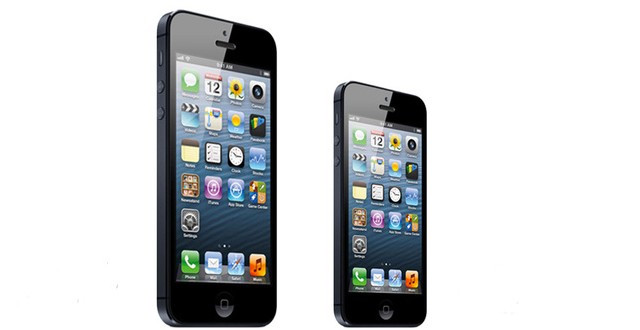 Amazon is infamous for listing products well before their release dates are confirmed and in some case, even before the products themselves have been announced. This was the case with Mass Effect 4, a highly anticipated video game that wasn’t yet announced by developer Bioware. Now we also see the iPhone 6 making a surprise appearance on Amazon Japan even though Apple has kept quite regarding their upcoming flagship until now. The general belief is that the smartphone will come in two variants, a 4.7-inch one aimed at regular consumers, and a bigger 5.5-inch handset that’s said to target the premium markets. The retailer only lists the 4.7-inch variant at the time of this writing. Below you can see a Google translated screenshot I took of the original listing. For the untranslated one go here.

As you can see for yourselves Amazon Japan confirms that the iPhone 6 will feature a 4.7-inch display. The listing also reveals that the device will be running on the iOS 8 operating system and that it will come equipped with 64GB internal storage memory, on the gold option at least. But much more interesting is the price tag. At the current conversion rate 139.999 Japanese Yen is the equivalent of about $1.380 US dollars. We’re not sure why the retailer opted to list this price, but it’s highly doubtful that the iPhone 6 will end up costing that much, especially since this is only the 4.7-inch version.

We also have to take note that Amazon Japan claims they will have the iPhone 6 in stock starting with September 30th, which coincides with many rumors regarding its release date. Most sources suggest that the device will be announced sometime during mid September, either on the 15th or on the 19th, and it will be made available for purchase towards the end of the month. Last but not least, this listing also claims that Apple’s upcoming flagship will measure 13 x 6.5 x 0.7 cm and weigh 113 g. The image Amazon posted is obviously just a mock-up, although according to many renderings the iPhone 6 is indeed believed to feature a very similar design.

So why is Amazon listing popular products without having much knowledge about them, just like they also did with Mass Effect 4? I really can’t figure out what the retailer giant gets from listing products well before any official announcements have been made. One thing is for sure though, if the 4.7-inch iPhone 6 already made an appearance, the 5.5-inch variant will surely follow soon enough as well.

I’m Load The Game’s co-founder and community manager, and whenever I’m not answering questions on social media platforms, I spend my time digging up the latest news and rumors and writing them up. That’s not to say I’m all work and no fun, not at all. If my spare time allows it, I like to engage in some good old fashioned online carnage. If it’s an MMO with swords and lots of PvP, I’m most likely in it. Oh, and if you’re looking to pick a fight in Tekken or Mortal Kombat, I’ll be more than happy to assist! Connect with me by email markjudge (@) loadthegame.com only
@@MarkJudgeLTG
Previous Fallout 4 will not be present at Gamescom 2014 says Bethesda’s VP
Next Sony Xperia Z3 leaked images show similarities to Xperia Z2