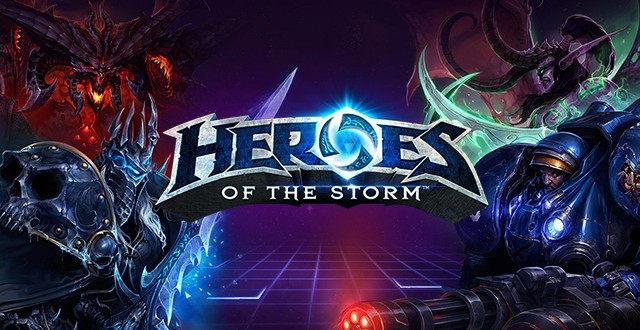 Blizzard introduces Rehgar the shaman to Heroes of the Storm

Blizzard Entertainment has been very busy working on their upcoming MOBA lately. Just last week the company unveiled Garden of Terror, a new battleground coming to Heroes of the Storm. Today they introduced the shaman Rehgar as being the latest hero to make the already impressive lineup. Rehgar may not be as well known as Diablo, Thrall, or Jim Raynor, but he will likely seem very familiar to those of you who played Warcraft 3 before. Blizzard tells us that Rehgar Eartfury is an experienced fighter who once fought as a gladiator. He put that life aside however and now he’s now just a simple Earthen Ring shaman trying to help with the restoration of Azeroth.

His spells and abilities make him most suitable for the Support role, but he can handle himself pretty well in a 1v1 fight as well. If you’ve played Warcraft 3 then you’ll know exactly what to expect from this Heroes of the Storm shaman, just as game director Dustin Browder explains. “He’s a pretty cool and aggressive support character. He can change into his mount form whenever he wants very quickly. He turns into a ghost wolf and runs around. He’s a very special kind of support character, and a lot of fun to play. Basically, Rehgar is a shaman with a bunch of elemental abilities. He’s a classic Warcraft III Shaman build.” Below you will find more details about his abilities.

Overall Rehgar seems like a great addition to Heroes of the Storm and is someone who you’ll definitely want on your side in a team fight. He also looks completely fearless and doesn’t sound too impressed with all the other heroes. Or as he himself puts it: “Heroes of the Storm? I am the storm!”

I’m Load The Game’s co-founder and community manager, and whenever I’m not answering questions on social media platforms, I spend my time digging up the latest news and rumors and writing them up. That’s not to say I’m all work and no fun, not at all. If my spare time allows it, I like to engage in some good old fashioned online carnage. If it’s an MMO with swords and lots of PvP, I’m most likely in it. Oh, and if you’re looking to pick a fight in Tekken or Mortal Kombat, I’ll be more than happy to assist! Connect with me by email markjudge (@) loadthegame.com only
@@MarkJudgeLTG
Previous Sony Santa Monica reveals future plans and new logo
Next LG G3 and Samsung Galaxy S5 get serious price-cuts on Amazon