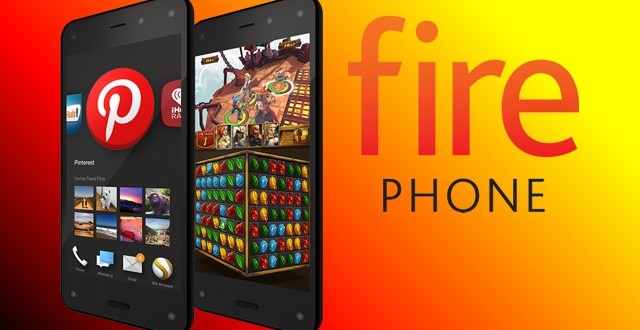 Amazon’s Fire Phone has just been made available for purchase exclusively from AT&T for the price of $200 with a two-year contract. Alternatively, you can buy it from the retailer’s website for the price of $650. If you choose to get it from the carrier there is also the option of getting it for $0 up front, but you will have to either make 20 monthly payments of $32.50 with AT&T Next 12, or 24 monthly payments of $27.09 with AT&T Next 18. For a limited time the carrier is also throwing in a full year of Amazon Prime, 1.000 Amazon coins to spend on apps and games, plus free unlimited cloud storage for photos take with the Fire Phone. The device was announced last month and is Amazon’s first attempt at competing on the smartphone market. It’s a bit soon to say if they will actually succeed, but the company does offer an interesting product.

Before it’s launch the Fire Phone was known as the 3D Phone because word on the street was that Amazon was implementing some sort of innovative 3D technology into the handset. That didn’t actually end up happening, but the Fire Phone does come equipped with five front camera, four of which are used for the Dynamic Perspective. This is a feature that changes how you see the display depending on your viewpoint. I guess that it does create a 3D effect in way, but technically speaking it’s really isn’t. The other interesting feature offered by the Amazon Fire Phone is called Firefly Technology. “Firefly lets you instantly discover helpful information on over 100 million movies, songs, and products. Simply press and hold the Firefly Button on the side of Fire Phone to quickly capture and launch Web addresses, send emails, or make phone calls without typing addresses or phone numbers.”

Design-wise, the smartphone isn’t much to look at and it’s specs aren’t all that great either for that price. We’re looking at a 4.7-inch display with 720 x 1280 resolution and 312 ppi. Under the hood we can find a Qualcomm Snapdragon 800 quad core processor @ 2.2 GHz powered by a rather small 2.400 mAh battery. The Fire Phone also sports 2 GB RAM, 13MP primary camera, 2.1MP secondary, and 32GB/64 GB internal storage memory options. The device doesn’t feature a microSD card slot. All in all, the Fire Phone isn’t all that mind blowing, but it does come with some interesting features so it might be worth a look if you’re interested in trying out something different.

I’m Load The Game’s co-founder and community manager, and whenever I’m not answering questions on social media platforms, I spend my time digging up the latest news and rumors and writing them up. That’s not to say I’m all work and no fun, not at all. If my spare time allows it, I like to engage in some good old fashioned online carnage. If it’s an MMO with swords and lots of PvP, I’m most likely in it. Oh, and if you’re looking to pick a fight in Tekken or Mortal Kombat, I’ll be more than happy to assist! Connect with me by email markjudge (@) loadthegame.com only
@@MarkJudgeLTG
Previous Motorola Moto G gets Android KitKat 4.4.4 on Verizon, Moto X and G to get Android L soon
Next Selfies app for Android available for free on Google Play