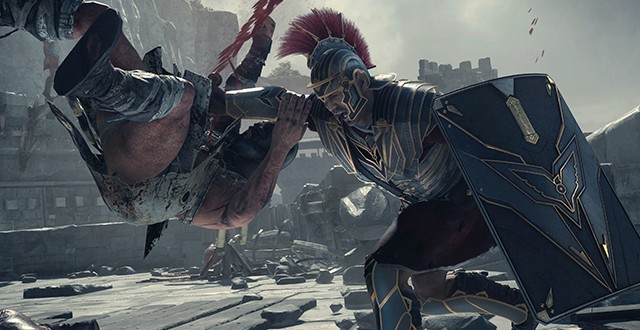 Yesterday publisher Deep Silver and developer Crytek have announced that the Xbox One launch title Ryse: Son of Rome will also be coming to PC later this year. There has been many speculation regarding the reason for this decision but ultimately it seems that the company just isn’t happy with the Xbox One sales anymore. Crytek went through a lot of financial difficulties these last few months but have somehow managed to overcome them. Now they’re looking for additional sources of revenue and one of them looks to be the Ryse IP. Crytek CEO Cevat Yerli recently spoke about the situation at the company in a lengthy interview with Eurogamer. We learned a lot of interesting things from the interview including the fact that Ryse 2 is being considered but they’re not ready to reveal too much at the moment.

“We have a good relationship with Microsoft. We are constantly looking at what we can do together. We are not 100 per cent happy with Xbox One sales right now. So we want to wait till the current gen and next gen catches up. For Ryse 2, we aren’t saying it’s cancelled. It’s our IP. It just has to wait for the right timing. And the right timing means higher installed base across next-gen. Look, Ryse was maybe not the best rated game, but what we achieved for launch was a great foundation for us to build up. I know there are a lot of gamers who are contacting me through different channels who want to see Ryse 2. There is a lot of positive feedback. We’re considering it. But at this point there is nothing official I can talk about,” Yerli said.

He also emphasizes several times during the interview that Ryse is Crytek’s IP and the company is the only one who can make decisions regarding its future. Given that Xbox One sales have not been all that great it’s not exactly surprising that the game is also coming to PC. But what about the PS4? Well, there is nothing stopping them from making a PS4 version from what we can tell, so we might see it happen at one point. However, it looks like the company is waiting for a better time to do this, specifically, after more people have switched to next-gen. Yerli also suggests that they will talk more about Ryse 2 as soon as this happens. I think the next step for them is to wait and see how the game is received by PC gamers and if it does well maybe a PS4 version will follow, and perhaps even a sequel after.

I’m Load The Game’s co-founder and community manager, and whenever I’m not answering questions on social media platforms, I spend my time digging up the latest news and rumors and writing them up. That’s not to say I’m all work and no fun, not at all. If my spare time allows it, I like to engage in some good old fashioned online carnage. If it’s an MMO with swords and lots of PvP, I’m most likely in it. Oh, and if you’re looking to pick a fight in Tekken or Mortal Kombat, I’ll be more than happy to assist! Connect with me by email markjudge (@) loadthegame.com only
@@MarkJudgeLTG
Previous Lara Croft and the Temple of Osiris Collector’s Edition detailed
Next Sleeping Dogs: Definitive Edition coming to PS4, Xbox One, and PC this October

The month of October is coming to an end, with the month serving up some ...