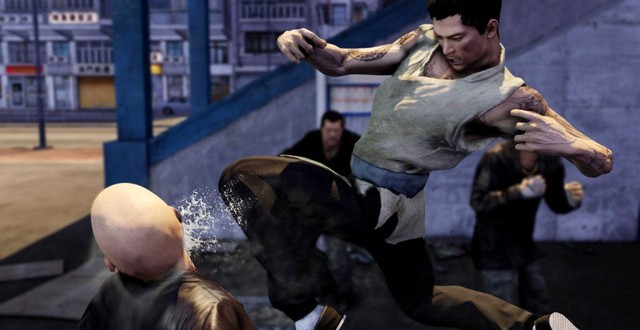 Sleeping Dogs: Definitive Edition coming to PS4, Xbox One, and PC this October

Sleeping Dogs: Definitive Edition was first spotted on Amazon a couple of days ago, but the official announcement only came today via Square Enix’s blog. The company confirmed that this edition was specifically crafted for next-gen and will come with improvements such as 1080p resolution, increased audio fidelity, upgraded visuals, and improved gameplay among others. But that’s not all. Just as it’s name suggests, Sleeping Dogs: Definitive Edition also feature all 24 DLC packs including Year of the Snake, Nightmare in North Point, and Wheels of Fury.

“The folks over at United Front Games have been busy tinkering away on this one after having already done a masterful job on the original game as well as having played a major role working on the Definitive Edition of Tomb Raider, alongside Crystal Dynamics…So I can therefore happily say that the Sleeping Dogs: Definitive Edition is in as good hands as can be! Thanks to the snazzy new tech the current generation delivers, UFG has been able to do more than just scale the resolution to 1080p and the upgraded ambience and visuals of Hong Kong provide quite the backdrop to your undercover operation.  Just in case you need a refresher on the story of Sleeping Dogs: Wei Shen, an undercover cop, is tasked with taking down one of the world’s most fearsome criminal organisations from the inside… the Hong Kong Triads. As Wei’s infiltration goes ever deeper, questions of loyalty and betrayal are raised and the line between being a cop and acting as a Triad becomes blurred,” the blog post reads.

Sleeping Dogs was a huge success after it was first released back in 2012 when it won a plethora of awards and received positive reviews from pretty much all the major gaming websites. A sequel called Triad Wars is said to be in the works but details regarding this title are very scarce at the moment. The Definitive Edition might be released in order to prepare us for the follow-up but it’s hard to say for certain. What we do know however is that someone thought it would be a good idea to release a live-action trailer for the remastered edition. While the video is certainly fun to watch I think most of us would have preferred to see a trailer showcasing the improved visuals. But maybe that’s just me. Sleeping Dogs: Definitive Edition will be released on October 14th for PS4, Xbox One, and the PC.

I’m Load The Game’s co-founder and community manager, and whenever I’m not answering questions on social media platforms, I spend my time digging up the latest news and rumors and writing them up. That’s not to say I’m all work and no fun, not at all. If my spare time allows it, I like to engage in some good old fashioned online carnage. If it’s an MMO with swords and lots of PvP, I’m most likely in it. Oh, and if you’re looking to pick a fight in Tekken or Mortal Kombat, I’ll be more than happy to assist! Connect with me by email markjudge (@) loadthegame.com only
@@MarkJudgeLTG
Previous Crytek is considering Ryse 2 and maybe PS4 availability at some point
Next Xbox consoles sold almost 12 million units during fiscal year 2014 says Microsoft