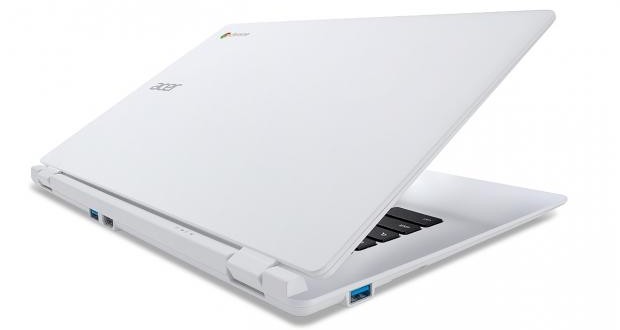 The very accessible Chromebooks from Acer are now even more attractive because they are now more powerful. Acer has been gearing-up its devices with more powerful processors, adding Intel CPUs to previous models and Nvidia’s Tegra K1 to the latest Chromebook 13 models. The Tegra K1 processor was recently added to Nvidia’s Shield Tablets and, as it turned out to do a great job, it’s now powering-up Acer’s Chromebook 13. The Chromebooks were always known for their accessible price, so don’t worry about a sudden rise because the laptops won’t get expensive due to this upgrade. In fact, the price will rise only with a couple of bucks, the Chromebook costing no more than $279.

The Tegra K1 processor comes with a quad-core Cortex A15 CPU with 192-core Nvidia graphics, which will accelerate  some apps and more importantly, some in-browser gaming. Of course, hoping you didn’t get very excited, know that the Chromebook won’t be able to use all the Nvidia power regarding gaming, game-streaming services will remain a Nvidia Shield feature, even if the two devices share the same processor. Due to this new upgrade and along with other great features like multi-tab browsing, multitasking plus the fact that Chromebooks can support 10-persons HD Google Hangouts with the 720p webcam, these laptops promise to be worthy competitors to Intel Core devices.

The Chromebook 13 has a similar all-white appearance as the 11 version released last year. Apart from a catchy design and a reasonable price, the Chromebook 13 comes with features rarely found in devices costing this little. It features a 1,366×768-pixel 13,3-inch LCD display, 2GB RAM and 16GB SSD. If you are willing to spend more than $279 for a better device, you can opt for the $299 model that comes with 1,920×1080-pixel resolution. Or you can add some dollars and for $379 you’ll get 4GB RAM and 32GB SSD, along with the higher resolution display mentioned above.

The only problem, if we may say so, is that none of these models features touchscreen, but considering we’re talking about an affordable device, this would be too much to ask. The great news is that all upgraded devices are available starting today, and the fact that the Nvidia Tegra K1 is now one of the features could only mean two things. One, the laptops can now perform way better and have better graphics, and two, Chromebooks are slowly but definitely becoming rivals to other devices on the market.

I’m Load The Game’s co-founder and community manager, and whenever I’m not answering questions on social media platforms, I spend my time digging up the latest news and rumors and writing them up. That’s not to say I’m all work and no fun, not at all. If my spare time allows it, I like to engage in some good old fashioned online carnage. If it’s an MMO with swords and lots of PvP, I’m most likely in it. Oh, and if you’re looking to pick a fight in Tekken or Mortal Kombat, I’ll be more than happy to assist! Connect with me by email markjudge (@) loadthegame.com only
@@MarkJudgeLTG
Previous Samsung Galaxy Alpha to arrive on Wednesday
Next Work with Windows 8.1 and enjoy it