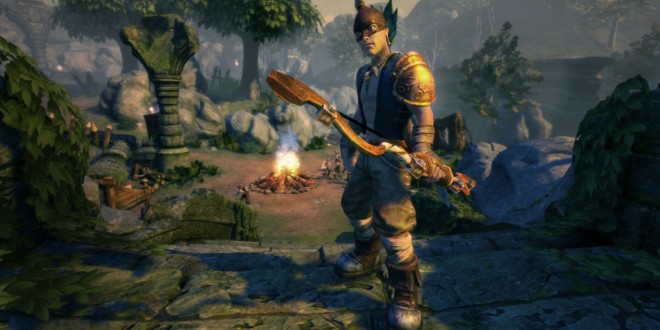 Fable Anniversary will be coming to Steam soon

This year marks the 10th anniversary for Lionhead’s Fable, an amazing game that offers players the chance to live and fight alongside their character for an entire lifespan, from early days of peace to stormy ends. Fable has been re-mastered with overhauled HD graphics, a new save system, Achievements galore and will be heading to Steam this fall. The Xbox version of the game was released earlier in February this year and its success drove the creators to work on the PC version as well.

Fable Anniversary is coming to Steam on September 12 and can already be pre-ordered for the price of $28. In doing so, players receive the 1st DLC pack for free, which includes six weapons and eight sets of armor. In the list below you can see some of the items that come from accessing the DLC:

For those who want a challenge, the game offers a Heroic Mode, that restricts resurrection phials and increases the difficulty for enemy mobs and bosses. Also, the Anniversary version features high-definition graphics by implementing the Unreal 3 Engine and remastered audio. The game has a long history that spans over a decade. Fable’s two descendents, Fable 2 (released in 2008) and Fable 3 (released in 2010) have earned fans from all ages. Thus, the community had the most impact in revitalising the game, as seen in the teaser video that showcased  the public’s pleads to bring the Anniversary version to PC.