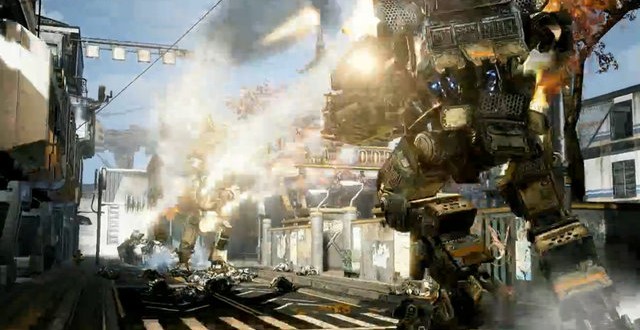 Free games for PC, Xbox One and PS4 weekend roundup

Want to know about all the free games currently available? Don’t worry, Load the Game has got your back. There’s plenty of games out there available for the very cheap price of nothing and generally all you have to do is find them, but I already did that for you so just sit back and enjoy. While most of the free games listed are for the PC, a little bird also told me about some PS4 and Xbox One freebies. Admittedly, you might have already heard about some of them, but this wouldn’t be much of a roundup if I didn’t include everything, would it? I do need to mention that I didn’t include any games that are usually free. Instead, this list contains games that you normally have to purchase and games that can be played free for a limited time only.

From time to time developers are very generous to PC gamers and give them a selection of great titles to play for free. Unfortunately this is not necessarily the case this weekend, but there are still a few good ones you might be interested in. First off, you can try out Titanfall for no less than 48 hours via the Origin Game Time program. This promotion was made available a while ago, but is still available and it looks like it’s not going away any time soon. Worth mentioning is the fact that this offer is only available to those who haven’t benefited from it the first time. Aside from that, all you need is an Origin account and you’re ready for Titanfall. Kingdoms of Amalur is also still available with Game Time for 48 hours so check that out as well if it suits your fancy. Finally, you can still get Wing Commander 3: Heart of the Tiger for free and with no limitations, just download it and it’s yours. Three free games down, more to go.

Next off, we have no less than twelve free titles on GOG with no strings attached whatsoever. Granted, these are some pretty old games, but hey, they’re free so might as well check them out. Also on GOG, you will apparently soon be able to free download the Season Pass for the upcoming episodic adventure game Dreamfall Chapters so keep an eye out for that. However, the free Season Pass won’t be of much use to you unless you actually own Dreamfall Chapters so keep that in mind. Last but not least, we have several ‘almost free games’ and by that I mean that you can pay whatever you want for them, even 1 cent. Okay, so maybe they’re not completely free, but I figured I’d include them as well just in case some of you might be interested.

The titles in question are part of the Humble Weekly Bundle, which this week includes seven games handpicked by the good folks over at Rock, Paper, Shotgun. For the cheap price of “pay what you want” you can get World of Goo, Dungeons of Dredmor Complete, Audio Surf and Armageddon Empires. If you pay at least $1 you will be able to add them to your library on Steam, but you can literally pay what you want otherwise. While I’m drifting pretty far from the realm of free games here, I will also mention that if you’re willing to pay at least 6 bucks you can get the four said games along with Amnesia: The Dark Descent, AI War: Fleet Command and Teleglitch: Die More Edition. The last two titles also include a number of DLC. This bundle is only available for five more days so check it out before the offer expires. As mentioned, this isn’t a very generous weekend for PC gamers, but hopefully you can still find a game or two to enjoy among the ones I’ve mentioned above.

First off, you might wanna check out the free-to-play shooter Warframe, which was only made available for the Xbox One a few days ago. I realize that I said no “usually free” games included, but this is the first weekend in which you can play Warframe on the Xbox One so it was worth mentioning. Next, we have two other free games in the form of Crimson Dragon and Super Time Force, which will remain free until the end of the month. Also, Forza Motorsport 5 is free, but only this weekend. These games only come without a price tag if you happen to be an Xbox Live Gold member hpwever. Lastly, we have Microsoft’s very special offer, which begins this Sunday, September 7th and lasts until Saturday, September 13th. The company is giving away a free game of your choice to anyone who purchases an Xbox One during that period. This game can be literally anything including the highly anticipated Destiny or other acclaimed titles such as Watch Dogs or Titanfall. The only requirement is that the game must be disc-based and has to be already available in stores so if you want Destiny wait until September 9th when the game launches.

Sadly there isn’t much to look at this weekend on the PS4 as the only free games available are those offered to PlayStation Plus members. There are only two titles this month: Sportsfriends and Velocity 2X. The latter was only recently released and made available for free to PlayStation Plus members from day one so it’s definitely worth a look. The other game also seems rather interesting, but only if you have some friends to play it with as it was designed to be cooperative. Well, that’s about it I guess. Hopefully next weekend there will be many more free games on all platforms to talk about so check back for the next roundup then. Also, if you know about other free games I missed please let me know in the comments section below.

I’m Load The Game’s co-founder and community manager, and whenever I’m not answering questions on social media platforms, I spend my time digging up the latest news and rumors and writing them up. That’s not to say I’m all work and no fun, not at all. If my spare time allows it, I like to engage in some good old fashioned online carnage. If it’s an MMO with swords and lots of PvP, I’m most likely in it. Oh, and if you’re looking to pick a fight in Tekken or Mortal Kombat, I’ll be more than happy to assist! Connect with me by email markjudge (@) loadthegame.com only
@@MarkJudgeLTG
Previous Smart Home of the not so distant future
Next iWatch rumor round-up