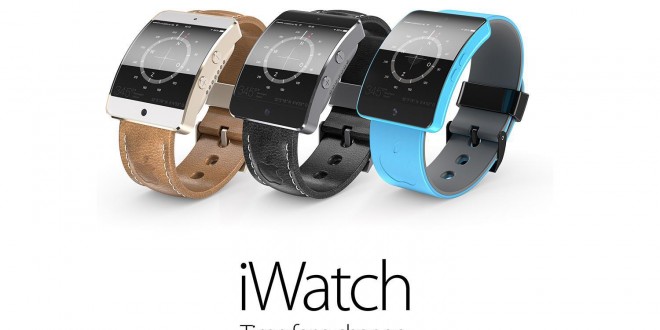 Even though people are hyped about the iWatch, we can’t make Apple release it earlier, so the timepiece will probably arrive in shops in early 2015. Nonetheless, it will be unveiled on September 9.

Apple has been giving us information about the existence of the iWatch bit by bit, from which we can deduce that the final product release has been stalled so much because the Cupertino company has something truly innovative in mind for its new wearable. The iWatch has become a mysterious topic of discussion all over the world, with people saying that it will be significantly better than current smartwatches. We have no certain idea about how the iWatch will look like, with hundreds of concept images scattered around the internet.

With the recent release of wearable devices like the fashionably round Moto 360 and Lg G Watch R and more traditional square models like Samsung’s Gear S endowed with 3G and the ability to stand alone, without pairing with a smartphone and like Sony’s SmartWatch 3 and SmartBand Talk which give you a full smartphone experience without the phone.

The iWatch will surely come off as a timepiece with exquisite design and functionality, most rumors saying that it will not only encompass the great features of the upcoming iOS 8, but be part of an entirely new platform which will be able to pair with Apple’s HealthKit and HomeKit for a spectacular end result. Most likely the iWatch will be designed by someone high up in the industry, according to rumors, so we will be expecting a luxury timepiece fit for most tastes. Ahrendts, Deneve, Marc Newson and Pruniaux have been brought in by Apple, but their purpose has not been stated, although we can imagine what kind of projects the designers have been working on at the company.

Apple’s NFC mobile payment platform will surely be part of the iWatch feature list and you will soon be able to use your watch instead of a credit-card at stores, with American Express, Mastercard and Visa rumored to have already accepted a business partnership with Apple.  Life BEAM is working with Apple on the design of the iWatch as well, the company probably implementing its high-tech biometric sensors in the timepiece.

With all the mystery surrounding the iWatch, we’re not even sure if an announcement will be made on September 9, but if it will, many have said that the new gadget will revolutionize wearable technology. The September 9 Apple event will probably be remembered as a milestone in technology, much like the first announcement of the iPhone and the Macintosh. There isn’t much innovation we can imagine in the smartphone market, but smartwatches are relatively new and if Apple has been so secretive about its wearable, the iWatch will surely bring something entirely new.

There still is the possibility of Apple releasing an iWatch that won’t actually impress that much, since so little has been revealed about the device. If that will be the case, I’m sure that many will be leaving the event disappointed by the company. Since the iWatch has been the talk of the town for moths now, there are many watch-enthusiasts out there who are interested in the event only because of the timepiece. Even those that are fans of traditional wristwatches will probably be impressed if the announcement occurs, since designers working with Apple have hinted at the fact that the iWatch will pose a threat to Swiss watchmakers and the like.

Do you think the iWatch is imminent or is it just a diversion from something else? If the September 9 event actually presents the world with the iWatch, what shape do you think the timepiece will adopt and what kind of specs will it pack? Whatever the case, one thing has been reinforced by most people who have declared themselves close to the company: even if the iWatch is introduced next week, it won’t go on sale until 2015.

My life-long dream has been to test out every gadget on the market! Considering the fact that I've rapidly destroyed almost every gadget I've had so far, I'm not inclined to owning something, so my ideal outcome would be to have a different gadget each month. I'm really into smartphones, wearables and tablets and I love Playstation and Xbox, I'm sure I'll beat you at your own game (after a month of training... or two)
Previous Free games for PC, Xbox One and PS4 weekend roundup
Next iPhone 6 vs OnePlus One – Overrated vs Underrated