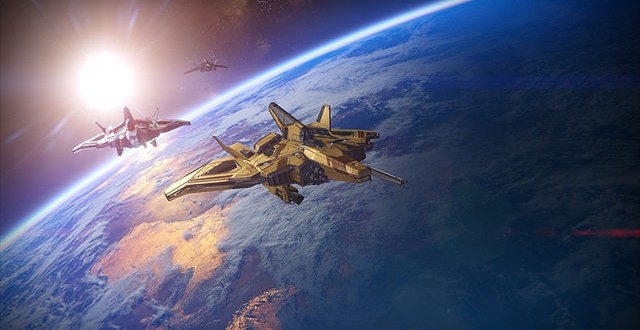 Destiny flying off the shelves: $325 million in 5 days

Activision made an official announcement on Tuesday in which they shared other breathtaking news on their recent release, Destiny. They say Destiny cleared over $325 million in sales in its first 5 days on the market. Curiously how this figure does not match the $500 million originally announced by Activision during last week. The truth is Destiny in fact sold $500 million in copies from day one. The sales have been directed to retailers and first parties. From that point on, these sources have sold $325 million worth of copies to mainstream consumers in the following 4 days, recording a “sell through ratio of 65 percent” according to CVG.

Activision publishing CEO Eric Hirshberg released a statement to give his personal gratitude towards fans for their devotion. He states the following:

“Destiny fans played more than 100 million hours of the game in the first week,” he said. “That’s on par with the engagement levels of our most popular Call of Duty games, which obviously is an industry leader.”

“Millions of gamers are having a great time playing Destiny and can’t put down their controllers. And this is just the beginning. Destiny is a platform that will grow and evolve and we will continue to work closely with our partners at Bungie to bring a long line of new experiences and content to life in the game.”

One of the greatest releases of the year has been the talk of the town for over a week now. It has not been all good talk so far, as reviews of the game are not great, but gamers seem to be satisfied with Destiny, as The Vault of Glass challenge shows, which was a major first gameplay hit for Bungie. Destiny developer also announced they will double the frequency of public events in order to silence player complaints. Destiny remains the new kid on the block, and the feel is there is much more to expect from this title.

I'm Razvan, a sports and first-person shooter enthusiast. I've always loved writing, even more so when it involves games. When I'm not playing on my PS3 or writing, I like to run exhausting cardio workouts, play soccer, watch a good movie, or read a good book.
Previous iOS 8 – what’s new?
Next iPad Air 2 case leaked