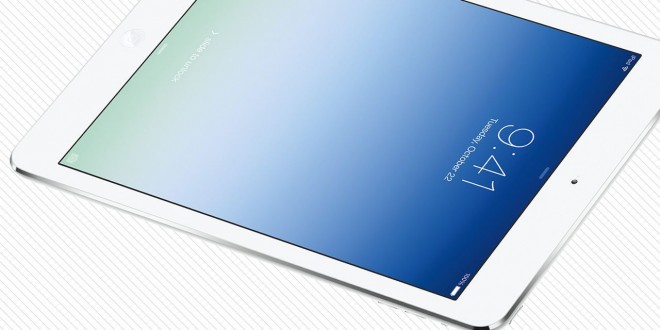 With the recent launch of Apple’s iPhone 6 line and Apple Watch, many are wondering whether the iPad Air 2 is still in the works or Apple has abandoned the project altogether. Of course Apple won’t abandon the iPad Air 2, but it has certainly been keeping awfully silent about it. We’ve analyzed tons of rumors and we just can’t put our finger on what’s next from Apple in the tablet business. 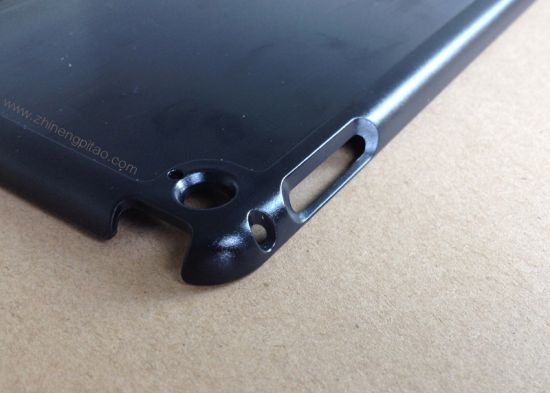 Nonetheless, a new leak has happened. Leaks always happen and there have been numerous ones about the iPhone 6 which turned out to be credible, so we might be on to something here. A new iPad Air 2 case been leaked and there is a strange opening on the top of the case, bear to the camera, which we can’t identify.

This square-ish opening seems to be something new to the case and nobody knows for sure what it’s made for. The leaked iPad Air 2 case seems plausible since rumors say the iPad Air 2 has been in production for a while now, so it wouldn’t be strange that case manufacturers have the dimensions and overall physical specs of the iPad Air 2 at hand. They might already be making cases and that’s one of the mediums this leaked iPad Air 2 case might have got through to the internet.

Some say the opening might leave room for a desirable LED flash on the iPad Air 2, which would in turn mean that Apple might be putting a slightly stronger camera on its new tablet. It might also be something in the lines of a laser-assisted focus technology, as seen on the LG G3. Either option would be a nice addition to the iPad Air 2, but we have no idea whether our speculations are correct or even near the truth.

For all we know, that opening might even be a holster opening for a stylus pen, although putting that holster on the top of the iPad Air 2 would not be a common choice from Apple since trends say it should be at the bottom, like that on the Galaxy Note 4. Whatever the case, rumors say the iPad Air 2 will be launched in time for the holidays most likely sometime in November, and will feature Retina screen, touch ID, 8 MP rear camera, anti reflection coating on the screen. Rumors say the iPad Air 2 will either be a 9.7 inch display or a 13.9 inch behemoth, but there’s a possibility of 2K and 4K displays. Quad core CPU and haptic display have also been mentioned, but I repeat, none of this is confirmed.

My life-long dream has been to test out every gadget on the market! Considering the fact that I've rapidly destroyed almost every gadget I've had so far, I'm not inclined to owning something, so my ideal outcome would be to have a different gadget each month. I'm really into smartphones, wearables and tablets and I love Playstation and Xbox, I'm sure I'll beat you at your own game (after a month of training... or two)
Previous Destiny flying off the shelves: $325 million in 5 days
Next Android One will sell 2 million units according to MediaTek