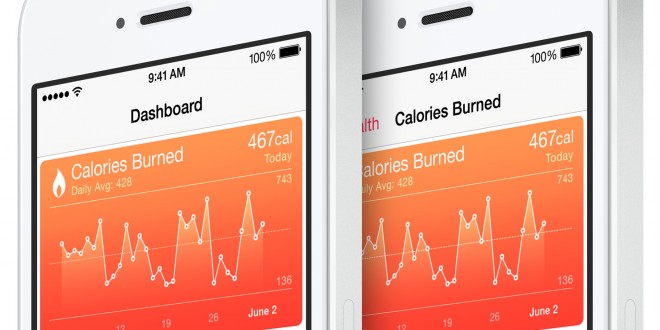 Apple has finally rolled out the HealthKit app after the first iOS 8 update, but it seems that manufacturers of fitness gear and wearables are slow to provide their devices with HealthKit integration. Fitbit, one of the most popular manufacturers of fitness trackers, has announced that it will not be supporting HealthKit in the near future, although they said that they were open to reconsider this stance in the future. Fitbit’s decision was met with outrage on the part of Apple HealthKit users, because they advocated that HealthKit would be a great platform to use with Fitbit devices.

Nonetheless, other manufacturers, like Withings have announced that they will be offering HealthKit integration for a wide range of devices, including the Health Mate app, Smart Body Analyzer, Wireless Blood Pressure Monitor, Aura Sleep Tracker and the pretty popular Withings Pulse O2. This comes as pretty good news for those of you who have iOS 8 devices and HealthKit fondness, as well already own Withings devices or plan to get one of them. The Withings Pulse O2 is a pretty popular fitness tracker which can be clipped to clothes as well as be used like a watch on your wrist, and has the ability to analyze oxygen levels in your blood.

The HealthKit app was unavailable when iOS 8 first came out with the iPhone 6, but successive updates, the iOS 8.01 and iOS 8.0.2 resolved the issues with HealthKit and most other issues and bugs on iOS 8. Although Apple seemed to be surprised when users began reporting issues with iOS 8 and HealthKit, the company was quick to issue the updates that would fix reported issues. Apple still has work to do on iOS 8, but it’s on the right track.

HealthKit is a health monitoring and recording platform that stands out of the crowd because it offers integration with healthcare providers and a wide array of features and customizable functions. HealthKit is already working with the Mayo Clinic and Nike, and other developers and companies, as well as insurance providers, should be jumping on board soon. Until the Apple Watch is released, people are expecting to see HealthKit support from other fitness-oriented companies. HealthKit and Bluetooth LE work together on iOS 8 in order to let future manufacturers of fitness trackers and medical technologies skip creating a companion app. That means that HealthKit will be automatically paired with Bluetooth devices and offer its services by default, without having to use a companion app for each device.

My life-long dream has been to test out every gadget on the market! Considering the fact that I've rapidly destroyed almost every gadget I've had so far, I'm not inclined to owning something, so my ideal outcome would be to have a different gadget each month. I'm really into smartphones, wearables and tablets and I love Playstation and Xbox, I'm sure I'll beat you at your own game (after a month of training... or two)
Previous Galaxy Note 4 comes with surprising battery life
Next BlackPhone tablet coming soon