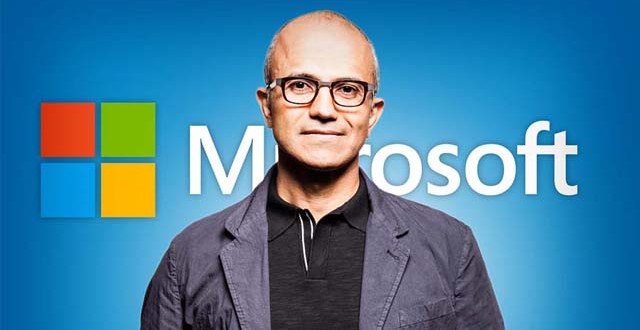 Microsoft CEO Satya Nadella implied that women shouldn’t ask for a raise when they feel they’re underpaid. Instead, they should have faith that the system will eventually give them the right raise. Unfortunately the system has historically been paying women 78 cents on the dollar so maybe that’s not a good idea. Speaking during a live interview on stage at the Grace Hopper Celebration of Women in Computing, Satya Nadella also said not asking for a raise is “good karma” and “one of the superpowers that women have.” Nadella backtracked pretty quickly on Twitter and in a letter to Microsoft employees after people started calling him out because of his statement.

The CEO posted on Twitter just a couple of hours after the panel and said that his response as to how women shouldn’t ask for a raise was inarticulate. He also said that the industry must close the gender pay gap so that a raise is not needed. However, that wasn’t that question that he was asked originally. The question was about women who want to advanced but don’t feel confident asking for advancement themselves and what can they do. After that Satya Nadella did release a statement to employees that Microsoft posted on their website that said he proudly supports the Grace Hopper conference and what he said was completely wrong. He also added that women should actually ask for a raise and they need to be confident and take charge of their destiny in the company.

Essentially he did backtrack a lot on that and it was a very swift response considering he posted it in the evening of the keynote. Ironically, it seems like Satya Nadella not only learned a great deal about promoting, supporting and managing women, but he also learned something about karma. Stay tuned for more news and updates.

I’m Load The Game’s co-founder and community manager, and whenever I’m not answering questions on social media platforms, I spend my time digging up the latest news and rumors and writing them up. That’s not to say I’m all work and no fun, not at all. If my spare time allows it, I like to engage in some good old fashioned online carnage. If it’s an MMO with swords and lots of PvP, I’m most likely in it. Oh, and if you’re looking to pick a fight in Tekken or Mortal Kombat, I’ll be more than happy to assist! Connect with me by email markjudge (@) loadthegame.com only
@@MarkJudgeLTG
Previous Thousands of Snapchat pictures were stolen and posted online by hackers
Next Styx Master of Shadows review | A Dishonored Hitman