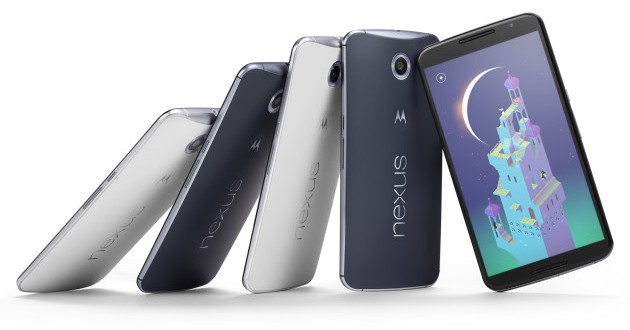 Earlier today Google announced the highly anticipated Motorola Nexus 6 smartphone as well as the Android Lollipop operating system. It seems that most of the rumors regarding the device were accurate after all as the successor to the popular Nexus 5 is indeed a phablet, and one of the biggest around to boot. The Nexus 6 features a gigantic 5.96-inch display with 1440 x 2560 resolution and 496 pixel density. Rumors that it will be the first smartphone to run on Android L also turned out to be true, although we were only able to learn today that the operating system is in fact called Android 5.0 Lollipop. Interestingly enough, Google didn’t make a big fuss regarding the handset even though it looks to be one of the most impressive on the market and not only because of its display, but because of its specs too.

The Motorola Nexus 6 features a Qualcomm Snapdragon 805 chipset with a quad-core Krait 450 processor clocked at 2.7 GHz, Adreno 420 GPU and 3 GB of RAM. As if that wasn’t impressive enough, the device also sports a 13 MP primary camera with OIS, dual-Led flash and HDR+ along with a 2 MP secondary shooter and a beefy 3,220 mAh battery pack. The battery is non-removable, but does feature Motorola’s Turbo Charging technology, which allows you to get 6 hours of use from just 15 minutes of charging. Storage options for the Nexus 6 include 32GB and 64GB non-expandable internal memory. As mentioned, the device runs on Android 5.0 Lollipop and comes in Midnight Blue and Cloud White colors.

Google also announced today that the Motorola Nexus 6 will be available for pre-order starting with October 29th for the price of $649. Presumably this is the price for the 32GB version so expect the 64GB model to cost just a bit more. The Android Lollipop wielding Nexus 6 will be available at all five major carriers once it releases, namely AT&T, Sprint, T-Mobile, Verizon Wireless and U.S. Cellular. As for Android 5.0 Lollipop, the operating system will also be available on the Nexus 9, Nexus 4, Nexus 5, Nexus 7 and Nexus 10 as well as Google Play Edition devices.

I’m Load The Game’s co-founder and community manager, and whenever I’m not answering questions on social media platforms, I spend my time digging up the latest news and rumors and writing them up. That’s not to say I’m all work and no fun, not at all. If my spare time allows it, I like to engage in some good old fashioned online carnage. If it’s an MMO with swords and lots of PvP, I’m most likely in it. Oh, and if you’re looking to pick a fight in Tekken or Mortal Kombat, I’ll be more than happy to assist! Connect with me by email markjudge (@) loadthegame.com only
@@MarkJudgeLTG
Previous Saints Row Gat Out of Hell gets a new launch date
Next Saints Row: Gat out of Hell has 7 deadly weapons showcased in new trailer