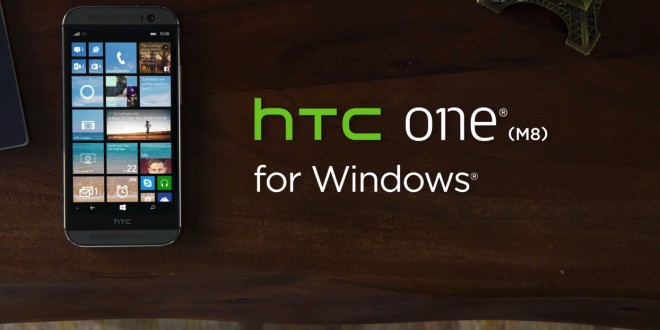 HTC One M8 for Windows launching at T-Mobile

The HTC One M8 for Windows is a nice addition to the Windows 8.1 and T-Mobile portfolio and we’re sure that once it gets launched, it will surely rack up some nice numbers. Many Windows Phone users have been searching for a flagship outside of the Lumia line that would fulfill both their software and design desires. The HTC One M8 for Windows aims to do just that and many are curious about how Windows 8.1 will work for them once they get their hands on the device. The metal-clad HTC phone has already received its fair amount of appreciation and acclaim, so with a wider availability of the Windows model, more users should be raving on about what the One M8 and Windows can accomplish together.

My life-long dream has been to test out every gadget on the market! Considering the fact that I've rapidly destroyed almost every gadget I've had so far, I'm not inclined to owning something, so my ideal outcome would be to have a different gadget each month. I'm really into smartphones, wearables and tablets and I love Playstation and Xbox, I'm sure I'll beat you at your own game (after a month of training... or two)
Previous Galaxy Note Edge to be launched at T-Mobile
Next Dreamhack Masters Bucharest kicks off tomorrow with Dota 2 and Hearthstone tournaments