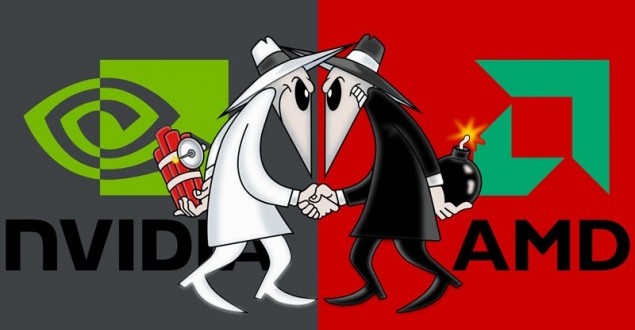 AMD gamers will be very pleased to learn that the Radeon R9 290X and R9 290 high-end graphics cards are currently retailing at a significantly reduced price compared to previous weeks. Two well known online retailers, Amazon and Newegg have listed the R9 290X at $379, respectively the R9 290 at $309. You can jump on a Newegg exclusive offer right away, and purchase a custom cooled XFX R9 290X for $299, after a $30 rebate. This is quite remarkable, considering that last year this level of high-end performance would have forced gamers to reach deep into their pockets and come up with about one thousand dollars. Moreover, these Radeon cards are fueling AMD’s price cut pattern even further, as the R9 290X is $70 cheaper than a few weeks back, while the R9 290 retails for $30 less.

As you might know, Nvidia initially aimed to position their Maxwell 900 series ahead of AMD’s top models in terms of pricing and managed to do so. The Geforce GTX 970 started with a $330 price tag, but current prices show an upwards tendency. AMD seems to be backing Nvidia into a corner with this new pricing strategy and this is a problem Nvidia can do without at the moment, taking into account their ongoing supply issues with the GTX 900 series. Wccftech reports the following: “Between the $330 GTX 970 and the $220 GTX 760 sits a $110 gap. A gap that occupies the mainstream discrete graphics segment. A segment that’s four times larger than the $300+ high-end segment according to market analysts.”
Nvidia seems to be struggling in this market segment occupied by three graphics cards: GTX 760 4GB, GTX 770 2GB and GTX 770 4GB which are not the most viable gaming options based on their price and performance output.

These three cards have now been made pointless by AMD Radeon R9 290’s current position. The R9 290 is undoubtedly the fastest card in this segment and perhaps the most affordable, judging by its new $269 price tag. Based on this, the R9 290 walks as a clear winner from this particular comparison. However, some scores need to be settled between the Radeon R9 290X and the Geforce GTX 970. Nvidia’s high-end card is more power-efficient, eating up 60 watts less than its Radeon counterpart. In terms of performance, both Radeon R9 290X and Geforce GTX 970 are virtually identical. Custom cooled Radeon R9 290X cards can be purchased from numerous AIBs for up to $70 cheaper than the GTX 970, without any discounts. In terms of game choices, Nvidia lets you choose from one of three Ubisoft titles: The Crew, Far Cry 4 or Assassin’s Creed Unity. AMD will put up three out of 25 + titles, from new releases to older ones. That being said, the final choice is ultimately based on your personal preferences I guess.

I'm Razvan, a sports and first-person shooter enthusiast. I've always loved writing, even more so when it involves games. When I'm not playing on my PS3 or writing, I like to run exhausting cardio workouts, play soccer, watch a good movie, or read a good book.
Previous Riot announces new League of Legends champion – Kalista, the Spear of Vengeance
Next World of Warcraft stops losing subscribers as the launch of Warlords of Draenor approaches