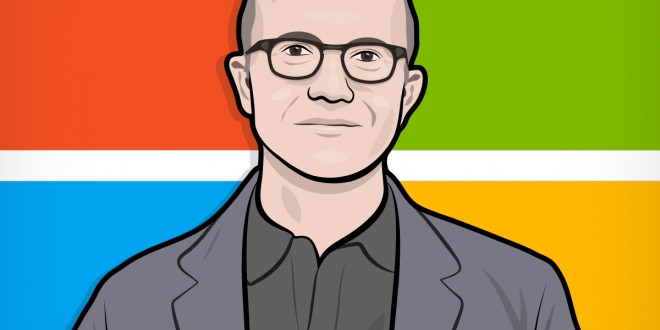 Microsoft has been on the tongue of many and in the eyes of the media pretty often in the past few months. The company has a raffle going right now, where you can win a grand prize consisting of a Fitbit Flex and a Lumia 830 smartphone. Otherwise, the company has already launched its own fitness band and has reported a pretty good Q4 revenue. With the announcement and demo of Windows 10 and the ongoing work the company is doing on its cloud service and platform, Satya Nadella has stressed the fact that Microsoft is currently focusing on three main things: Azure, Windows and Office 365.

Satya Nadella has declared that Azure, Windows and Office 365 combined are the most profitable and noteworthy efforts of the company and these are the areas where the company will be channeling most of their resources. According to Satya Nadella, these three platforms are the most future-proof and the most popular, and their development will improve the company and its future products as well. “I just think about three things. There are a few other efforts we do, and I’ve been very clear about those efforts and why they exist and why we are proud of them. But, there are three products in all of this. There is Windows, there is Office 365, and there is Azure. That’s it.Everything else to me is, of course, you can call them features, you can call them parts of that, and even there there’s complexity. Do we need to tame it make sure that we’re not inundated by lots and lots of things? But, from a business model, from what moves the needle for both usage and our revenue, those are the three big things that we are very, very focused on.”

Satya Nadella is categorizing the three main branches of Microsoft as services which should bring office and home environments under the same roof. With the Surface Pro convertible line, the company has tried to exemplify how Windows, Azure and Office 365 can work together to create a machine that could signal what the future of office hardware is. The Surface Pro 3 for example is currently considered one of the best convertibles you can get your hands on, put it does have quite a hefty price, passing the $1000 mark. Reading the comments of Satya Nadella prompt us to think that the CEO wants to focus all efforts in these three branches and we might see other areas where Microsoft is currently working in, slowly fade in the future. While the CEO of the Redmond-based company didn’t say they would be abandoning other projects like gaming, OneDrive, smartwatches and other hardware, we should see some shifts in the way the company will be handling all its branches and divisions. In any case, we are wondering what Satya Nadella is planning and what kind of investments are to come for Microsoft.

My life-long dream has been to test out every gadget on the market! Considering the fact that I've rapidly destroyed almost every gadget I've had so far, I'm not inclined to owning something, so my ideal outcome would be to have a different gadget each month. I'm really into smartphones, wearables and tablets and I love Playstation and Xbox, I'm sure I'll beat you at your own game (after a month of training... or two)
Previous Kim Kardashian cashes in more than $43 m for mobile game
Next Harvard spying on students without their permission