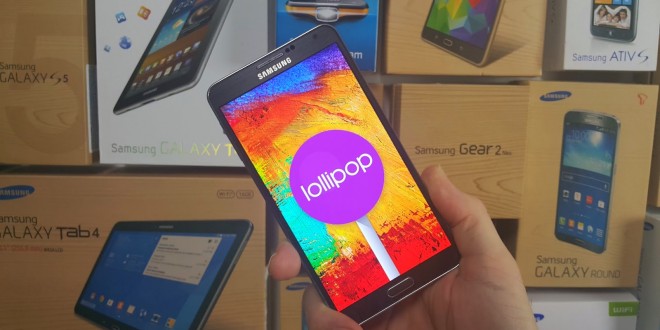 Yes Galaxy Note 3 users, there are quite some reasons to rejoice. The new version of Android, dubbed Lollipop, is indeed making its way to the Samsung Galaxy Note 3, as speculation has been suggesting. There’s no indication as to when exactly this will be happening, but rest assured, it’s coming. SamMobile has gotten its hands on an internal build of Lollipop for the Note 3, and it’s everything we’ve been expecting. The build is strikingly similar to the one we’ve seen for the Galaxy S4, with only few adjustments to core features, such as the settings and the multi-window.

The biggest improvements of the new OS will touch up on the Note 3’s animations and will improve multi-tasking. The OS generally looks and feels better, and supposedly even runs better, so there are definitely reasons to be excited about the update. As usual, a new Android OS version first lands on Nexus phones and Motorola smartphones, but Samsung is also working hard on adapting the OS to its own UI standards. The Samsung Galaxy S5, S4, Note 4, Note 3 and Galaxy Alpha are among the many Samsung smartphone to receive the update. When exactly Samsung will roll out its own version of Lollipop on each of these devices remains to be seen, but you can expect it to be soon (most likely mid or late December).

The Note 3’s menu seems to be predominantly white under Lollipop 5.0 however, so it’s doubtful battery life will be any better under the new OS. Still, there are a lot of features in the new operating system, and it’s going to be awhile until Samsung officially releases it, so changes could still occur. For more on how Android Lollipop looks and feels the Samsung Galaxy Note 3, take a look at the video below:

Old-school gamer with a cheeky tongue that gets me in trouble. When I'm not playing games, I'm writing about them, preferably in the vicinity of a fridge! Oh, and if you're a Justin Bieber fan, I'm afraid we can't be friends!
Previous What will the Samsung Galaxy S6 bring in terms of price, specs and display?
Next Halo: The Masterchief Collection matchmaking patch goes live today 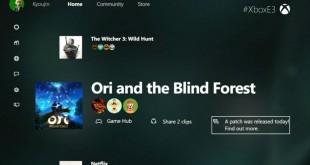 E3 – Xbox One Enhancements and A Newly Unveiled Interface