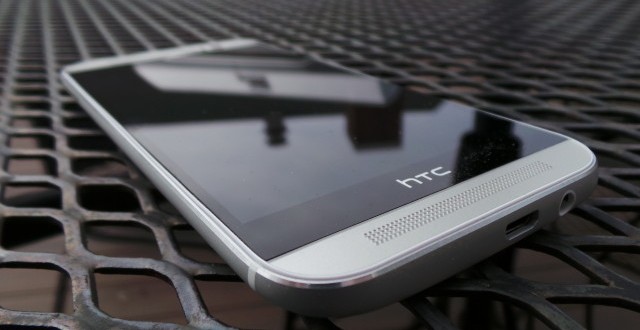 HTC One M9 specs allegedly leaked by the Chinese media

While HTC’s flagship smartphone for 2015 has not be announced yet, a report from China suggests that the specifications for the HTC One M9 have already been leaked. The device will reportedly be released in March during the MWC and will come in two variants, the second of which will apparently go by the name of HTC One M9 Prime. Now, it’s a little early for speculations seeing as how March is not exactly just around the corner, but it’s always interesting to speculate about what the future may hold. In this case, the report points at some truly impressive specs that are bound to rival those found on pretty much any other flagship smartphone out there.

Specifically, the HTC One M9 is expected to feature a 5.5-inch 2K display with 2,560 x 1,440 resolution, Qualcomm Snapdragon 805 processor, 3 GB of RAM, and a massive 3,500 mAh battery pack. According to the report, the flagship will be available in 64 GB and 128 GB storage options and we should also see a 16 MP primary camera with Optical Image Stabilization. Aside from specs, the article mentions that the HTC One M9 will run on the latest version of the Android operating system, namely Android Lollipop. This last detail is certain not too far fetched as the update should also be available for the One M8 and One M7 by then.

All these details are presumably for the regular HTC One M9 smartphone, so we should be looking at some even greater improvements for the Prime. The supposed specs are already very impressive as they are, so I really don’t know what more they can improve upon to be honest. A Duo camera and even more RAM maybe? We’ll just have to wait and see. In any case, make sure you regard this as just a rumor for the time being and take it with a pinch of salt until we hear an official announcement regarding the HTC One M9.

I’m Load The Game’s co-founder and community manager, and whenever I’m not answering questions on social media platforms, I spend my time digging up the latest news and rumors and writing them up. That’s not to say I’m all work and no fun, not at all. If my spare time allows it, I like to engage in some good old fashioned online carnage. If it’s an MMO with swords and lots of PvP, I’m most likely in it. Oh, and if you’re looking to pick a fight in Tekken or Mortal Kombat, I’ll be more than happy to assist! Connect with me by email markjudge (@) loadthegame.com only
@@MarkJudgeLTG
Previous Call of Duty Advanced Warfare players will receive some free gear soon
Next Infinity Blade Saga Coming to XBox One