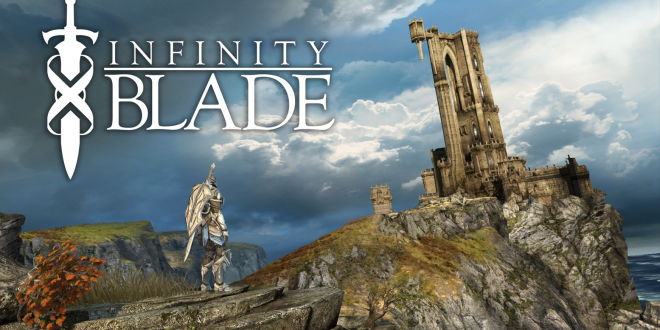 Infinity Blade Saga will be coming to XBox One according to reports out of China earlier this week. Tencent Games, a Chinese investment company that holds nearly half of Epic Games, says that a PlayStation 4 release is a possibility but their focus is currently on XBox One.

An XBox One release for the Infinity Blade Saga opens up some interesting possibilities in terms of gameplay. According to some reports, it seems that fans will have the option of using either the Kinect or the XBox One controller to play through Infinity Blade Saga.

In addition, it appears that Tencent is interested in pursuing a free to play model for the Infinity Blade Saga release. Tencent has apparently been chipping away at a long term development plan for ensuring that Infinity Blade could at some point be F2P for fans.

Tencent is no newbie to US gaming as their acquisition of a substantial chunk of Epic Games was their second US gaming investment. Tencent dropped $330 million dollars that bought them 48.4% of Epic’s shares. Tencent’s first US gaming investment came in 2011 when Tencent picked up a majority stake in Riot Games, the studio responsible from the hugely popular MOBA League of Legends, for a hefty $350 million dollar sum.

What are your thoughts on the XBox One release of the Infinity Blade Saga? How do you think the Kinect will change gameplay? Or are you waiting for the PlayStation 4 release instead?

I’m Load The Game’s co-founder and community manager, and whenever I’m not answering questions on social media platforms, I spend my time digging up the latest news and rumors and writing them up. That’s not to say I’m all work and no fun, not at all. If my spare time allows it, I like to engage in some good old fashioned online carnage. If it’s an MMO with swords and lots of PvP, I’m most likely in it. Oh, and if you’re looking to pick a fight in Tekken or Mortal Kombat, I’ll be more than happy to assist! Connect with me by email markjudge (@) loadthegame.com only
@@MarkJudgeLTG
Previous HTC One M9 specs allegedly leaked by the Chinese media
Next JRPGs Will Come to the Xbox One According to Phil Spencer