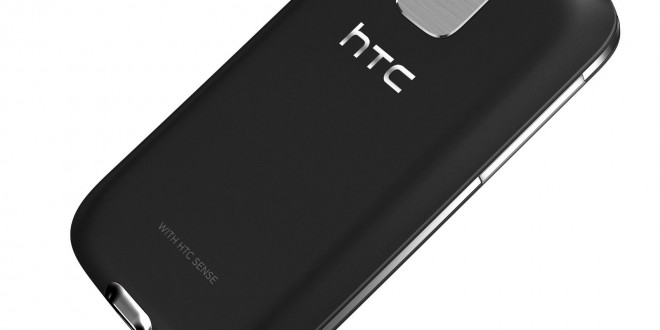 HTC is launching a mid-ranger in February

HTC mid-ranger specs leaked, likely to show up at CES 2015

Even though the HTC One M9 Hima is all the rage when it comes to rumors right now, we shouldn’t forget that the company isn’t just about high-end flagship releases, but has good mid-rangers that are worth a look and a try. HTC’s Desire line of smartphones is pretty noteworthy as its bang for buck is attractive and you can get your hands on them for less than you would expect. Consequently, even though many forgot to mention that alongside the HTC Hima, another mid-range phone has been leaked online, namely the HTC A12.

While we don’t know what kind of smartphone line the A12 code-name stands for, at least we found out some of the specs of the upcoming mid-ranger. The HTC A12 will allegedly measure 139.8*69*5*9.5 mm, which put it in the category of pretty thick phones. The handset will tout a 4.7 inch HD display with a 720*1280 resolution and will be powered by a Snapdragon 410 CPU backed by 1 GB RAM and 8 GB internal storage. The handset will feature an 8 MP rear camera and a 1.3 MP front camera and the juice will be provided by a 2100 mAH battery. Android 4.4 with Sense 6.0 will come straight out of the box alongside this mid-ranger. According to upleaks, the HTC A12 should be launched in February at Sprint, AT&T, T-Mobile and Verizon, which prompts us to presume that the company will surely announce and unveil this phone at CES 2015.

While this phone is bordering low-end and mid-range on both sides, it still stands as proof that HTC is not giving up on its smartphone line after the wobbly year it has been through. While this mid-ranger won’t be much to look at if upleaks is right about his predictions, it should be a good alternative for a cheap smartphone come CES 2015. Still, our interest remains focused on the HTC Hima, the One M8’s successor, as it will certainly be a hit if all the leaks about the device are true. Whichever the case may be, the company is surely prepping some sort of a surprise for CES 2015 in January. Getting giddy around here!

My life-long dream has been to test out every gadget on the market! Considering the fact that I've rapidly destroyed almost every gadget I've had so far, I'm not inclined to owning something, so my ideal outcome would be to have a different gadget each month. I'm really into smartphones, wearables and tablets and I love Playstation and Xbox, I'm sure I'll beat you at your own game (after a month of training... or two)
Previous Galaxy Note II, Note 3, S4 and more to get Android 5.0 Lollipop soon
Next BlackBerry Rio Z20 leaked with a full touchscreen display

Galaxy S6 vs HTC One M9 Hima: which will be more spectacular?

HTC One M9 Hima might come with a fingerprint scanner

HTC has sent out invitations to members of the press detailing a utopia event that ...