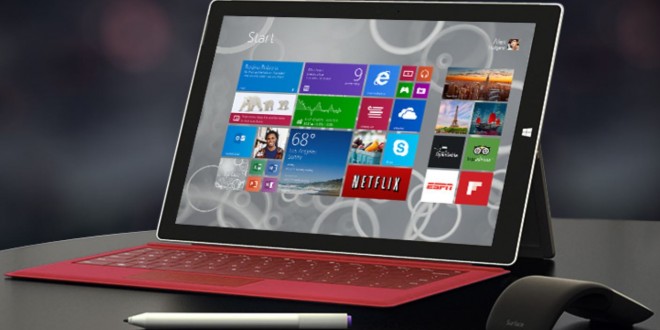 The Microsoft Surface Pro 3 is one of the best and most versatile convertibles out there, but as many other gadgets on the market, it isn’t free of bugs and issues. Sometimes you wonder why companies don’t release perfect software that doesn’t have glitches in it, but alas, we will never know. Nonetheless, Surface Po 3 WiFi problems seem to be the most common issues users are facing, besides overheating problems and dysfunctional devices that need replacing, and we will address these Wi-Fi problems here with a few tips we’ve gathered.

Surface Pro 3 WiFi problems include slow connections and Limited connectivity notifications upon the wake of the device. First off, let’s address the slow Wi-Fi problem. Having Surface Pro WiFi problems is a cumbersome thing especially because one of the best features advertised about the convertible is fast 802.11 ac WiFi. You might find that other laptops in your household with the same connectivity don’t encounter the slow WiFi problems, which means that it is indeed a firmware issue. The WiFi band on the Surface Pro 3 is intended for 5 GHz bands, while most of you surely have 2.4 GHz bands in your homes.

That means that until Microsoft addresses or at least acknowledges this issue and sends out a new firmware update, Surface Pro 3 WiFi problems will most likely persist. Most users report having these issues only after installing the latest updates, so one of the things you could do is revert to a previous firmware version. If you have a 2.4/5 GHz router, your issue with Surface Pro 3 WiFi problems could be solved faster, by modifying some configurations. Most routers with both 2.4 and 5 GHz channels set the same SSID for both bands, which means that you can change the names and manually select the SSID you want to connect to, choosing the 5 GHz one.

But if your router only supports 2.4 GHz band, there’s not much you can do to fix Surface Pro 3 WiFi problems aside from upgrading your router to a 5 GHz or hybrid one and modifying the configuration. While other computers don’t have an issue identifying correct SSIDs, the Surface Pro 3 is the exception and Microsoft needs to fix this ASAP. You could minimize interference with 2.4 GHz routers by turning off Bluetooth connections around the house, as well as getting rid of microwave ovens and old cordless phones that might be interfering with the bands.

Another way to fix Surface Pro 3 WiFi problems with 2.4 GHz routers is to select the channel that is least populated. You can determine which channels are most congested by using the “netsh wlan show networks mode=BSSID” command from a cmd prompt. You can thus identify the least populated channel and change your configuration from auto to the specific channel. This might be just a short-term fix, since most people around you will have auto channels enabled. You should also change the channel width to 20, if it is set to auto or 40. We hope these tips on how to fix Surface Pro 3 WiFi problems will help you out until Microsoft sends a new firmware update to fix the issue.

My life-long dream has been to test out every gadget on the market! Considering the fact that I've rapidly destroyed almost every gadget I've had so far, I'm not inclined to owning something, so my ideal outcome would be to have a different gadget each month. I'm really into smartphones, wearables and tablets and I love Playstation and Xbox, I'm sure I'll beat you at your own game (after a month of training... or two)
Previous Moto X Android update to Lollipop rolling out
Next Free uTorrent download: the ups and downs of a free software

The Microsoft Surface Pro 3 tablet has been well received by many thanks to its ...