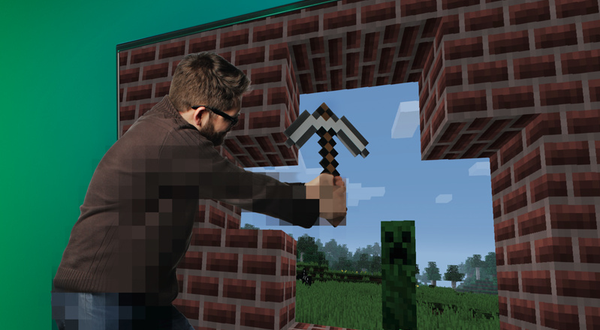 Thousands of Minecraft credentials are now out in the open

Our beloved Minecraft, one of the most successful and fast-growing games of the past few years, has been hacked and now an estimated 2,000 credentials have been leaked online. The hack was discovered yesterday when thousands of user names and passwords were uncovered online. It seems that the hack is concentrated around German Minecraft players, but the extent of the incident isn’t clear yet. All we know for sure, that the credentials belong to real accounts, which have now been compromised.

Besides leaking Minecraft passwords and usernames, the unidentified hackers also allowed access to a free copy of Minecraft through Pastebin. It is unclear whether Minecraft as a whole has suffered a security breach or hackers used a different method (like phishing, malware) to get a hold of so many account holders’ information. The hackers published 1,800 account infos online, but that doesn’t mean they haven’t obtained more than that. All Minecraft players should hastily change their passwords and report back if they’ve seen any suspicious activity on their accounts or if they cannot access their accounts at all.

We hope the hack isn’t as extensive as it could possibly be, but as a precaution, all of you should heed the “change your password often” warnings. Minecraft is a beloved game by millions of users and until we are sure what kind of attack this was, you should proceed with caution. Mojang, the creators of the game haven’t responded to the news as of yet, but we are sure to hear from them soon enough.

The number of online, cyberattacks is growing each day as we are seeing Microsoft Outlook, Sony, Mozilla and many more being hacked one by one. The issue is seemingly out of control and users of online accounts and services should activate two-step authentication where possible and practice “safe password”, meaning that you should change your password as often as possible and don’t use readily available and easy to identify passwords like 123456 or password! or your birth date and such. Always combine lowercase and uppercase characters, numbers and symbols in your password to make it as secure as possible and never dismiss two-step authentication through security questions, text messages or additional login protocols. Let’s hope the Minecraft hack isn’t too widespread and it is a security breach, we hope Mojang will make haste and fix it.

My life-long dream has been to test out every gadget on the market! Considering the fact that I've rapidly destroyed almost every gadget I've had so far, I'm not inclined to owning something, so my ideal outcome would be to have a different gadget each month. I'm really into smartphones, wearables and tablets and I love Playstation and Xbox, I'm sure I'll beat you at your own game (after a month of training... or two)
Previous HTC Hima to be definitely marketed as HTC one M9 says insider
Next The Division and Raibow Six Siege will suffer no other delays