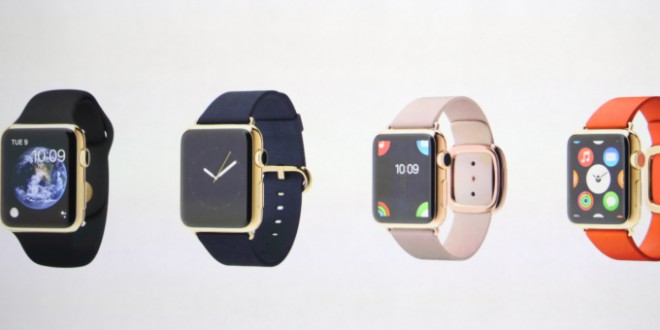 The Apple Watch is around the corner

iWatch obsolete as the Apple Watch release date is nearing

There were tons of rumors about the alleged Apple iWatch flying around the internet last Summer, only to be debunked by Apple’s event on September 9 where the company announced the iPhone 6 and 6 Plus and introduced the Apple Watch. Maybe some of you would have preferred the iWatch name instead of the more generic Apple Watch, but the deed is done and the new smart watch is ready for a release in March.

After the Apple Watch was first introduced at the September event, Apple declared that mass production would begin by the end of the year. Even though we were hoping that the new timepiece from the Cupertino-based company would be ready in time for the holidays, the company said that March would be a more likely release date. As such, everybody in the tech world is now prepping for the Apple Watch release in March at a dedicated Apple event. The event should also bring forth the release of iOS 8.2, which could bring compatibility with the final version of the timepiece.

The Apple Watch, according to Tim Cook wants to revolutionize the way we look at and interact with wearable technology. Apple CEO also went as far as saying that once somebody tries the smart watch, they will be unable to comprehend how they had lived their lives without it before. While that statement seems arrogant, we can’t judge a book by its cover. Until the apple Watch release date is unveiled officially by the company (an exact date isn’t set, just a vague March release), we can’t know for sure what the smart watch will be capable of as a finished product.

From what we’ve seen at the demo in September, the Apple Watch does come with a few unique, innovative features, but Tim Cook didn’t demonstrate too much of the functions you can use these features for. One notable design element was the so-called crown, which will be used as a dial that rotates and can be used for functions as zooming, panning and scrolling. The implementation seems simple and easy to use, but it remains to be seen how it will be integrated in apps and games. In any case, the Apple Watch isn’t the mystery it was this Summer, but we are certainly curious what the final version will bring to the table. Stay tuned for updated news about the Apple Watch release date, features, prices and availability.

My life-long dream has been to test out every gadget on the market! Considering the fact that I've rapidly destroyed almost every gadget I've had so far, I'm not inclined to owning something, so my ideal outcome would be to have a different gadget each month. I'm really into smartphones, wearables and tablets and I love Playstation and Xbox, I'm sure I'll beat you at your own game (after a month of training... or two)
Previous HTC One M9 spotted in new leaked images
Next Samsung Galaxy S5 Android 5.0 Lollipop continues rolling out across Europe