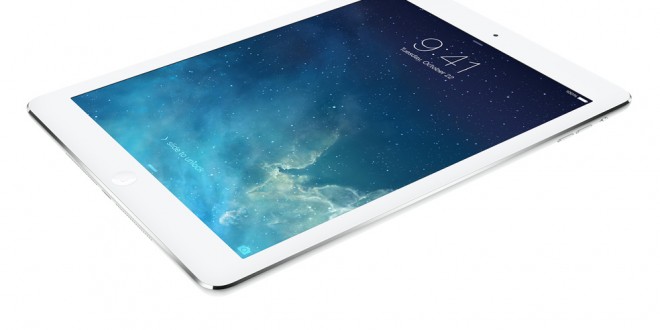 Here's a short review about the iPad Air battery life

The iPad Air and iPad Air 2 are two of the thinnest slates on the market, but one alarming difference between the two is that the latter has a smaller battery. The original iPad Air is still a popular device thanks to its extended durability and software compatibility with iOS 8. Since many are content with the iPad Air, saying that it is just as good as its successor and has a better battery life, we would find it surprising if the sales numbers would plummet.

The iPad Air is currently cheaper and easier to get hold of than its successor. Currently, you can get your hands on a Wi-Fi only 16 GB version for $360, which is quite acceptable. You will definitely have to up that price if you would rather buy the version with cellular connectivity or more memory. Since the 16 GB Wi-Fi iPad Air seems to be the most popular device among users, we will be focusing our battery life analysis on that device.

The standby time of the iPad Air is even better, as it can last for 3 or even 4 days with light use. That means that commuters and those who don’t always use their tablets as a go-to device would be delighted with the power management of Apple’s older iPad Air. There are few people out there who have complained about battery life on the iPad Air, but there have been encountered other issues since iOS 8 went live for the device.

With light to mixed use, as the average iPad Air user tends to take advantage of the slate, you can get up to 13 hours of battery life out of the slate. That’s still not as good as the Lenovo Yoga Tablets, but it certainly is very close. If you want a versatile tablet with a good battery life and are content with iOS 8 and the Apple ecosystem, the iPad Air might even be a better choice than the iPad Air 2, that is if Apple resolves the minor bugs the software still induces in the device.

My life-long dream has been to test out every gadget on the market! Considering the fact that I've rapidly destroyed almost every gadget I've had so far, I'm not inclined to owning something, so my ideal outcome would be to have a different gadget each month. I'm really into smartphones, wearables and tablets and I love Playstation and Xbox, I'm sure I'll beat you at your own game (after a month of training... or two)
Previous Xperia Z3 overheating problems continue
Next Codename S.T.E.A.M.: 15 Minutes of Gameplay