Breaking News
Home » Tech » Sony Xperia E4: not what we’ve been waiting for 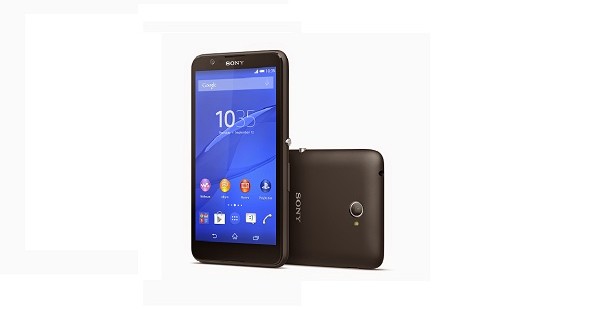 Sony Xperia E4: not what we’ve been waiting for

Sony has issued a press release revealing the newest handset from the company’s mobile division, the Sony Xperia E4. The Sony Xperia E4 comes forth as a mid-range smartphone that aims to please those with tighter budgets. We were not expecting such a smartphone to be launched right now, as we were more interested in getting some confirmation on the Xperia Z4, but it seems the Xperia E4 will have to do for now.

The mid-range smartphone comes in as Sony’s attempt to tap into the entry-level smartphone segment of the market, and with that target in mind, the Xperia E4 actually packs quite a punch. Now it depends on pricing whether this phone will compete with the Moto G and HTC Desire 626. Sony chose to go with a curvy design on the Xperia E4, which truthfully looks pretty smooth and sleek, but fans are saying it’s not the way they would like to see the company go when it comes to the Xperia Z4.

The Sony Xperia E4 comes with good specs, considering the fact that it is intended to be a mid-range smartphone. These specs include a 5 inch display with a 960*540 resolution, a quad core CPU clocked at 1.3 GHz, although it remains unnamed, a 5 MP camera on the rear, a 2 MP camera on the front and a massive 2300 mAh battery under the hood. Sony says that the battery in the Xperia E4 will take you through two days of mixed use, which is intriguing, but we’ll have to see if real life use will result in the same battery life.

The Xperia E4 is also advertised as an entertainment system, so Sony included a new app called PartyShare, which is a music sharing app which can share your tracks through Wi-Fi Direct with every other device in its vicinity. It can also collect and share  pictures, so it’s a pretty neat tool. The app will be available for all Xperia devices starting today, and you can grab it from the Google Play Store. The Xperia E4 will be officially launched by the middle of February in both a single SIM and a dual SIM variant, but pricing hasn’t been revealed just yet.

My life-long dream has been to test out every gadget on the market! Considering the fact that I've rapidly destroyed almost every gadget I've had so far, I'm not inclined to owning something, so my ideal outcome would be to have a different gadget each month. I'm really into smartphones, wearables and tablets and I love Playstation and Xbox, I'm sure I'll beat you at your own game (after a month of training... or two)
Previous Steam Client Beta brings an improved content UI
Next Moto G vs HTC Desire 626: mid-rangers on a budget