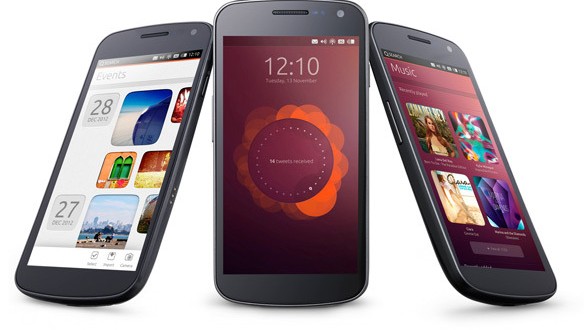 The Ubuntu phone doesn't look like much, but the software is promising

Ubuntu phone unboxing: bad design, but the OS is promising

As you may well know, the Ubuntu phone was launched this week to a great deal of hype. Even though the device failed to complete its funding campaing through crowd-funding last year, Canonical managed to strike a partnership with BQ so that they could launch the first Ubuntu phone ever, the BQ Aquaris E4.5. We’ve introduced you to the Ubuntu phone a few days earlier, detailing some of the specs that the company revealed, but this time, we can give a more insightful analysis about the phone, thanks to XDA Developers and Jordan Keyes.

The first Ubuntu phone unboxing unveils what the insiders who attended the launch event were treated to, including some neat-looking packaging and a nice pair of on-ear headphones that look promising. The phone itself doesn’t look really appealing, to be honest, as it comes with bezels reminiscent of phones from 2 or even 3 years ago, and its construction is blocky, bulky and overall average. Even if the packaging of the device was interesting in the unboxing, the Ubuntu phone itself is less than impressive.

The BQ Aquaris E4.5 is a budget phone running Ubuntu, and while it would be a nice device for the entry-level market, the companies involved in the projects could have done better. Since this is the first Ubuntu phone, we would have expected just a bit more pizazz or at least a better design that would make the device more desirable. Now Canonical made it clear that they wanted to get into the smartphone market gradually, so with that in mind the fisrt Ubuntu phone unboxing reveals that the entry-level offering is exactly the kind of entrance the company described.

Canonical unveiled that the Ubuntu phone is just a first attempt, constructed and designed so that they can feedback on what users like and don’t like about the design, hardware and more importantly, about the operating system. If we consider those statements, then the mid-ranger is as expected: low-end, easy to get hold of, easy to form an opinion about and a good first step.

The Ubuntu phone comes with dual-SIM slots, dual speakers on the bottom of the phone, which is not a very ideal placement. The phone looks alright until you turn the display on and see the bezels and the sub-par quality of the display itself. Now from the unboxing video, we find out that upon the first start of the phone, a factory reset was necessary, which points towards the fact that Ubuntu OS is not yet as stable and reliable as other operating systems like Android and iOS are. Since it’s a first attempt at a mobile operating system, the Ubuntu phone is testimony of the trial and error philosophy.

The Ubuntu phone’s software is designed around “scopes”, a card-like system that you will use and which is the user interface that Canonical chose. The interface looks a bit sketchy and it isn’t exactly easy to use, but you will probably get used to it. The Today scope shows you integration options for your calendar, and has the option of syncing calendar details and more with your Google account. You can sync your Fitbit up with the Ubuntu phone, too, if you like.

The Nearby scope gives you some location-based information ranging from Weather to various other infos offered up by third-party apps like TimeOut, Flickr, Inrix, Yelp, Wikipedia and more. You also get different scopes for apps, music, news, video and photos and you have the ability of adding in new scopes that act as content aggregators and they basically replace your homescreens on the Ubuntu phone. These scopes are promising, as they are a cross between Google Now cards and standard widgets and the Ubuntu phone has a lot of them available. So far, the user interface and OS in general is promising and with the access Ubuntu is offering developers, it should become a comprehensive platform for heavy app users.

Now for the bad things. You don’t get much access to settings, from what we can tell, so there’s not much customizing you can do on the Ubuntu phone at the moment. You do get these scopes that you can customize according to your needs, but most of them are reliant on applications rather than features within the phone. That means that the Ubuntu phone relies more on apps than on its own features and capabilities. Google apps aren’t included and we’re not sure if you can get them to work, but more will be unveiled once the phone hits the shelves.

My life-long dream has been to test out every gadget on the market! Considering the fact that I've rapidly destroyed almost every gadget I've had so far, I'm not inclined to owning something, so my ideal outcome would be to have a different gadget each month. I'm really into smartphones, wearables and tablets and I love Playstation and Xbox, I'm sure I'll beat you at your own game (after a month of training... or two)
Previous HTC Desire 626 officially announced, $190 a pop
Next Twitter data requests from governments growing

Even though Sony’s CEO Kazuo Hirai has made it rather clear that the Sony Mobile ...