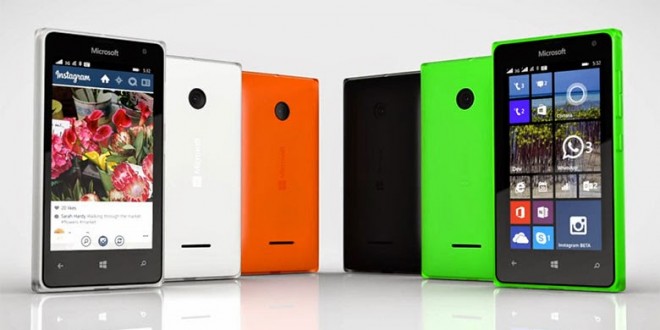 Is Microsoft sticking to mid-rangers this Spring?

Microsoft will be a notable presence at the MWC this year, as there are tons of rumors surrounding a supposed new line-up, not to mention Acer already spilling the beans about a Windows 10 mid-ranger it will be bringing to the show. There have been other Lumia phones mentioned in the past, most of which entry-level and mid-range phones, all supposedly set to be unveiled at the trade show in Barcelona. Even though Windows 10 for Phones is not out yet, it seems Microsoft is already gearing up to surprise fans at the show.

Many Windows fans are hoping to see a flagship unveiled by Microsoft next week, most of who are asking for either a successor to the Lumia 1020, Lumia 1520 or Lumia 940, or for an entirely new phone that would redefine what the company’s mobile branch stands for. So far, we’ve only heard about mid-range and entry-level smartphones and these are the only phones that have been leaked online. That doesn’t mean that the Redmond giant won’t be bringing a flagship to the show, so keep those hopes up.

From what we gathered, around 4 new Lumia devices should make an appearance soon enough. People are saying that Microsoft should try and shift its focus towards flagship smartphones instead of entry-level and mid-range ones if it wants to make an impact this year. We are inclined to agree with these statements, as there will be a lot of competition this Spring from Android handsets like the HTC One M9, Samsung Galaxy S6 and the upcoming LG G4.

Still, it seems Microsoft has a plan. This plan includes the four different Lumia phones we mentioned. One of them is a 4 inch smartphone with a modest 480*800 resolution, the second being a massive 5.7 inch phablet with a 720*1280 resolution which will have different variants for various U.S. carriers and such, another smaller 5 inch phone with a 720*1280 resolution which will have different variants yet again and finally, another 4 inch smartphone with the same 480*800 resolution. We won’t trust these leaks until we hear from Microsoft, so you shouldn’t either.

My life-long dream has been to test out every gadget on the market! Considering the fact that I've rapidly destroyed almost every gadget I've had so far, I'm not inclined to owning something, so my ideal outcome would be to have a different gadget each month. I'm really into smartphones, wearables and tablets and I love Playstation and Xbox, I'm sure I'll beat you at your own game (after a month of training... or two)
Previous Galaxy S6 up for pre-order, free on contract
Next Hotline Miami 2 Purchase Comes with Payday 2 Gear