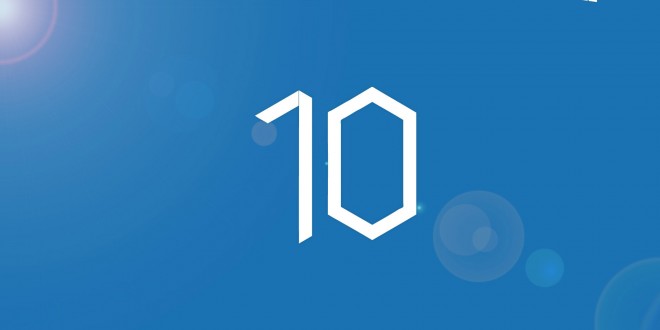 Windows 10 will be a free upgrade for all

Windows 10: free for all, cross-platform and plain wonderful

The Windows 10 release date has been finally confirmed for this Summer by Microsoft, and although we’re extremely excited about the brand new OS. Microsoft is hitting the ball hard this time. Not only did the company announce the Windows 10 release date, but they also let people know that the new OS will not discriminate, whatsoever. Once the OS is released, it will be available to all Windows 7 and 8 users, regardless of their software’s genuine rating. You read that correctly: Microsoft will let you upgrade to Windows 10, free of charge, even if you haven’t bought a software license in your entire life.

Although the move seems like a reinforcement of piracy and a reward for bad behavior, it’s definitely a good strategy on the part of Microsoft. Making Windows 10 free for the first year will assure that everybody tries it out and this way, Microsoft guarantees to itself that it will have a steady flow of new customers who are convinced that the company deserves the cash. Although pirated software always has its setbacks, a brand new copy of a Windows operating system tends to be rather expensive. Nonetheless, if Windows 10 turns out to be as awesome as it looks in technical previews and leaks, people might just change their minds and think of the platform as something worth an investment.

Moreover, Microsoft also detailed a few cross-platform properties of the new OS. Windows 10 for phones will be available as a ROM for Android phones and Xiaomi might be the first one to distribute it. That sounds pretty weird, doesn’t it? Microsoft giving away their own OS, seemingly uninterested in selling their own flagships. No matter how you look at this strategy, it’s definitely a winning one for Microsoft, because it gives off a “user is first” vibe. According to Microsoft, the Windows 10 technical preview is being tested on Xiaomi Mi4 smartphones and is essentially a way in which Android users can convert their Android phones into Windows phones, without buying a Lumia or a more expensive Windows version of a flagship. It that’s not cross-platform, I don’t know what is.

Our question to our readers would be : if Windows 10 can be ported to your Android phone, with no additional costs, would you make the switch? Or would you rather use Android as your daily driver? At the same time, if Windows 10 is free, would you consider paying in the future for the OS? Since the comment section can be anonymous, would our readers be willing to answer this: have you ever bought a Windows OS license?

My life-long dream has been to test out every gadget on the market! Considering the fact that I've rapidly destroyed almost every gadget I've had so far, I'm not inclined to owning something, so my ideal outcome would be to have a different gadget each month. I'm really into smartphones, wearables and tablets and I love Playstation and Xbox, I'm sure I'll beat you at your own game (after a month of training... or two)
Previous Steam Now Offering Refunds to EU Customers- With a Catch
Next Uber services have been banned in Germany