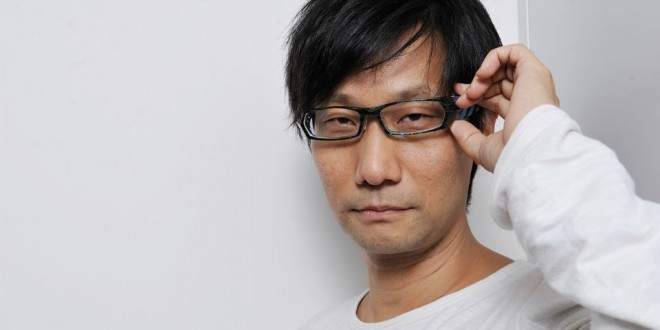 Alright people, let’s get down to business.  There is something going on between Konami and developer Hideo Kojima.  No one has a clue if Kojima has left Konami or he’s still employed by Konami.  From what I’ve been able to understand, no one has a definitive update.  Australian singer Donna Burke claims that he was fired, then later posted on her Facebook that he wasn’t. What is going on here?

Flashback to March 19th when Forbes reported that Konami had cut Hideo Kojima from the Metal Gear promotional materials.  Basing their information off Gamespot’s sources, the site published that there was “something of a clash or power struggle between Kojima and the publisher, which has essentially changed Kojima and other senior staff’s position within the company to contractors rather than full-blown employees.”  Gamespot’s sources also reported that Kojima and some of the senior staff would leave Konami once their contract ended in December.

Once April 3rd arrived, a new development occurred.  Ron Duwell, of Techno Buffalo, reported that Hideo Kojima’s branding returned to Metal Gear products.  Duwell reported, “My guess is Konami realized nobody was buying into its ‘shifting our production structure to a headquarters-controlled system’ PR reasoning, and it is in damage control to avoid looking like the bad guy here.”  At this point, Konami had yet to issue a statement about the situation.

But something bigger developed on April 9th. Adnan Riaz of Gamer Headlines, reported that Kojima was fired.  The author said that the singer, “asked fans not to boycott Kojima’s upcoming open-world stealth title ‘because upper management fired a genius.’ Burke, however, did not elaborate any further on the reasons behind Konami terminating their long-term business relationship with Kojima.”  Then something happened on the website: two updates were published.  First, Konami released a statement saying that the singer’s claim was false.  Then the second update involved Burke publishing on her Facebook a message, ““As I stated previously, [Kojima] and his team are still working hard on getting the game out.  My sincere apologies to Konami, Hideo Kojima and the fans for giving the wrong impression.”

On April 10th, Kotaku published that Burke’s claims were true and followed up that other actors of the Metal Gear series were coming out saying to support the latest installment.  It made no mention of her Facebook post, and instead included details that yes, there was a power struggle in Konami and that Konami was restricting the Internet for its staff. New details concerning this situation have yet to appear and that’s a problem.  Konami’s refusal to report what is actually going on within the company leads to a very bad public image.  At the same time, we’re left in the dust trying to figure out what is going on.

When he's not venturing Hyrule, he's probably out on the tennis courts. His Y-axis is always inverted.
@slimjimmy_
Previous Why Heroes of the Storm Could Be the Next Big MOBA
Next NA LCS Semi-Finals Recap: Cloud 9 v. Team Liquid