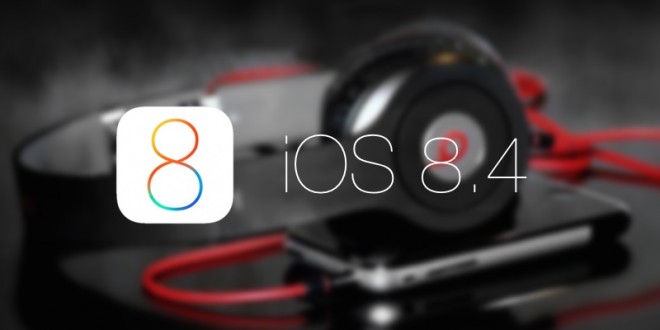 The iOS 8.4 update is up for tests

iOS 8.4 update released by Apple, but only beta for devs

The iOS 8.4 update has just been released to developers in a beta form, introducing the new Music app that Apple has been working on in the past few weeks. We had heard rumors about this music streaming application and about Apple being in talks with Florence and the Machine and others to get exclusive content for the app. The iOS 8.4 update is only beta and only developers should be able to access it through the iOS Developer center.

Apple has seeded the iOS 8.4 update beta to developers so that they can get a glimpse of what the new music app can actually do. Apple has been planning this music streaming app for quite some time and takes on Tidal, Spotify, Soundcloud and now Beatport for the top spot of the best music streaming service. Although there are still many out there who prefer cloud streaming with an app like Beat cloud music stream, there are many out there who prefer to pay for a subscription and get unlimited music, which will most likely be possible once the iOS 8.4 update is released to the public.

Speaking of release dates, since the beta for developers is out today, we suspect that the iOS 8.4 update release date for the average user will be by the end of the month. Even though iOS 8.3 isn’t even a week old yet, Apple seems to be working hard on making all kinds of new features available to consumers. Somebody pointed out in some comments in the past that Apple seems to be paying more attention to the feedback it is getting from customers, and the Apple Music app might be one of those things, although I’m not sure if there’s anyone who’s not content with Spotify, Beat or another streaming app.

The Music app within iOS 8.4 is an overhaul of the previous app, with a new design which can be noticed in the artists view, now playing view and the iTunes Radio. Also, iOS 8.4 adds new global search functions, as well as a new MiniPlayer, personalized playlists, recently added queue and a couple more. As usual, there are some iOS 8.4 bugs in there too, especially in the Music app. Some of the devs noticed that you can’t use Siri to control the iTunes Radio, nor can you use AirPlay and spontaneous shutdowns, too. Hopefully, this time around Apple will listen to the bugs developers report and send out the iOS 8.4 update OTA to users without any major bugs. We’ll just have to wait and see. You can check out the video below to get a taste of iOS 8.4.

My life-long dream has been to test out every gadget on the market! Considering the fact that I've rapidly destroyed almost every gadget I've had so far, I'm not inclined to owning something, so my ideal outcome would be to have a different gadget each month. I'm really into smartphones, wearables and tablets and I love Playstation and Xbox, I'm sure I'll beat you at your own game (after a month of training... or two)
Previous Opera Mini update buggy amid aims for Android market
Next Nexus 4 Android 5.1 update available for download and OTA