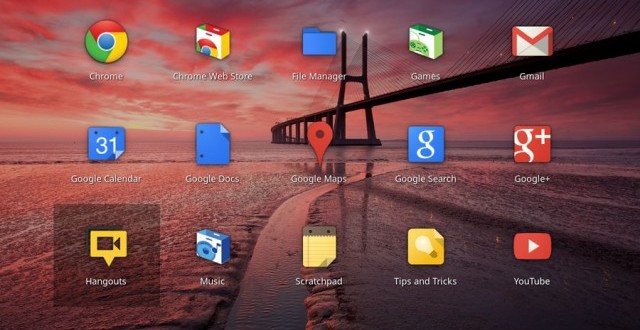 The Chrome OS update has a surprise within

Google has sent out a fresh Chrome OS update to the Chromebook line-up this week and fans seem to be delighted with what that update actually contained. Apparently, from now on Chrome OS will benefit from the features that Google Now offers, including voice commands and Now cards. Up until now, we knew that Google Now for Chrome OS was being tested in beta, but the time has finally come for Chromebooks across the world to actually benefit from these services in the household.

Although Chrome OS is not the favorite when it comes to operating systems, it is a genuinely good OS for netbooks and tailored for Chromebooks. It handles browsing and social media and networking rather well, but don’t expect to use it for many more tasks. With Google Now integrated in the Chrome OS update, the number of things that we can actually do in Google’s OS have been increased, adding to the overall user experience on a Chromebook.

The Chrome OS update, besides adding Google Now, also ads a functionality that many have missed, namely password protected zip files. Moreover, the update also brings forth an updated calculator and an improved Launcher, as well as a redesigned Files app that is more Material Design than ever. The best news, however, is the fact that Google is sending Android Runtime for Chrome to developers, as in they will be able to create and run Android apps on Chrome OS, which should make for a rather fun ecosystem in the end.

My life-long dream has been to test out every gadget on the market! Considering the fact that I've rapidly destroyed almost every gadget I've had so far, I'm not inclined to owning something, so my ideal outcome would be to have a different gadget each month. I'm really into smartphones, wearables and tablets and I love Playstation and Xbox, I'm sure I'll beat you at your own game (after a month of training... or two)
Previous BlackBerry Passport discount initiated as sales plummet
Next Steam Greenlight Spotlight: Garbage Day