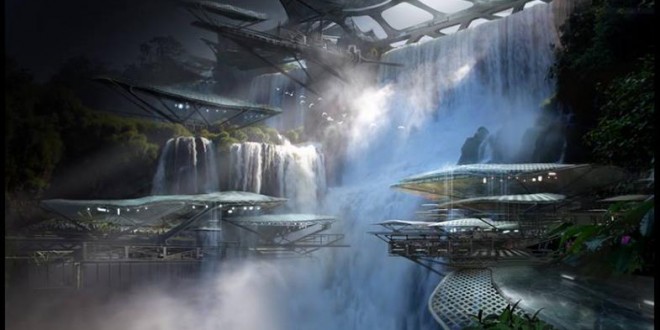 Game leaker Shinobi602 has done it again. For those who don’t know him, he’s the guy who revealed the release date of The Order: 1886, the reveal of Battlefield: Hardline, and title for the next Halo. Like iDigitalTimes says, “He’s proven time and again to be a reliable source.” What did he do?  He may have unveiled details concerning the new Mass Effect 4.

So what exactly happened? Bioware, not too long ago, sent out a survey regarding what people thought about their past games. Apparently, that survey contained details related to Mass Effect 4. This is what CinemaBlend reported, “The survey consisted of multiple scenarios and descriptions, then asked the person the level of their satisfaction with each of them.”

What did the details reveal?  A boatload; everything from the narrative to multiplayer.  There are hundreds of planets to explore, you get to fly in a new ship (named The Tempest), and lead new squadmates.  Some of the new modes allow players to form Strike Teams with their squadmates and send them to complete certain objectives.  A horde mode was also mentioned. Players would also be allowed to build colonies on the planets, which would be able to provide different bonuses.  Two new alien species were mentioned such as the Remnants and the Khet.

Is it possible that the next Mass Effect would be like this? Most likely, not.  As exciting as these details are, Bioware hasn’t released any information concerning Mass Effect 4. We know its in development, but beyond that, we’re relying on details leaked from a survey.  Even though the survey contained these types of scenarios, it’s possible that Bioware may change them. Who knows, hopefully we something at E3 this year where Bioware can shed some light on the situation.

When he's not venturing Hyrule, he's probably out on the tennis courts. His Y-axis is always inverted.
@slimjimmy_
Previous Hands On With the New Mario Kart 8 DLC
Next The Best Way to Play Final Fantasy on the Go